'The Many Saints of Newark' trailer: Treat for 'Sopranos' fans 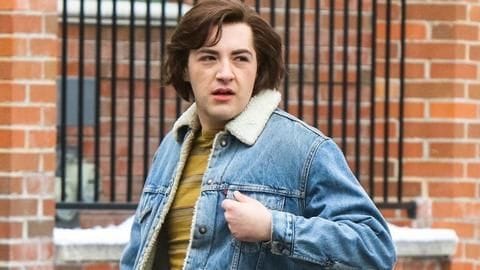 Trailer of The Many Saints of Newark is out! Prequel to The Sopranos series, the film is set to take fans on a nostalgic drive. The lead character, Tony Soprano is played by Michael Gandolfini, son of late James Gandolfini, who portrayed the older version of that character in the series. It deals with a high-IQ boy, who gets sucked into the underworld business.

Description
What is in the trailer?

The trailer focuses on Soprano's relationship with his uncle Dickie Moltisanti (Alessandro Nivola). While the video shows how Moltisanti teaches his nephew to steal speakers in a "simple" way, this line hints at the future - "Legends aren't born, they're made." The film is set to tell you about the journey of Soprano from a bad-tempered yet college-aspiring teenager to a dangerous criminal.

Information
Did you hear the grown-up Soprano's voice?

The makers made fans happy by adding the elder Gandolfini aka old Soprano's voice in the trailer. It can be heard at the beginning of the video, "When I was a kid, guys like me were taught to follow codes." Then, one can see the young version losing temper over a taunting kid. With this, the makers introduces the teen Soprano with temper issues.

Originally played by Nancy Marchand in the series, the character of the mother, Livia Soprano, is played by Oscar-nominee Vera Farmiga in the movie. She is shown as a "dysfunctional" parent who firmly believes her son does not have leadership potential. When the guidance counselor informs that Soprano has a high-IQ, Livia replies, "You can't prove it by me, he's got a D-plus average."

Release date
Movie will hit the theaters on October 1

Alan Taylor, who helmed Thor: The Dark World is the director, and had won an Emmy for The Sopranos. It is set to hit the theaters on October 1 and then, will stream on HBO Max for 31 days. The cast includes Tony winner Leslie Odom Jr., Jon Bernthal, Corey Stoll, Billy Magnussen, Michela De Rossi, John Magaro and Emmy winner Ray Liotta.