When the Marathi film 'Sairat' had released in 2016, the audience got hooked to the 'Zingaat' song and still are not over it. So it was a no-brainer to include its Hindi version in Janhvi Kapoor and Ishaan Khatter starrer 'Dhadak', which is a remake of 'Sairat'. Touted as the party anthem of the season, the song will be out tomorrow.

The AJAY ATUL BLOCKBUSTER SONG from #Sairaat now in Hindi ! Penned by the hugely talented Amitabh Bhattacharya will be out tomorrow! Clear all dance floors for #zingaat from #dhadak #Janhvi #Ishaan @ShashankKhaitan @ZeeMusicCompany pic.twitter.com/rTVHx913v2

Details
'Zingaat' has been composed by Ajay-Atul

The music director duo of Ajay-Atul has composed both the versions of 'Zingaat'. Known for churning out soft and melodious numbers, 'Zingaat' came as a pleasant surprise for their ardent followers. Their prominent works in Bollywood include 'Abhi Mujhme Kahin' from Hrithik Roshan-Priyanka Chopra starrer 'Agneepath' and 'Sapna Jahan' from Akshay Kumar-Sidharth Malhotra-Jacqueline Fernandez's 'Brothers' among others.

Context
The title track of 'Dhadak' is already winning hearts 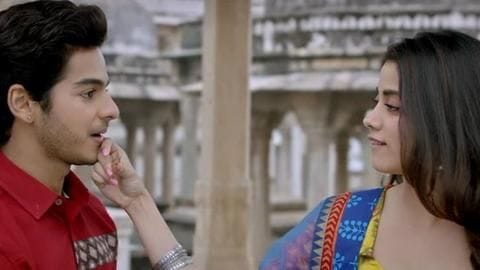 'Dhadak' title track, that came out a few days ago, has already become a chartbuster. Sung by Ajay Gogavale and Shreya Ghoshal and penned by Amitabh Bhattacharya, the song has tugged at the heartstrings of the listeners. So far, the video of the track has garnered over 32 million views on YouTube.