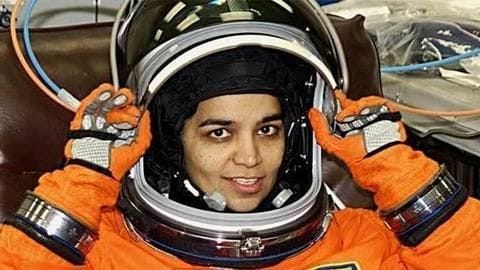 Kalpana Chawla, the first woman of Indian-origin to space-travel, was born today in Karnal, Haryana. Even 18 years after her tragic death, she continues to inspire millions of girls worldwide, showing them all that can be achieved. On her 59th birth anniversary today, we celebrate the indomitable will and everlasting legacy of a star we lost to the universe a bit too soon.

Education
Kalpana left for US in 1982 for a postgraduate degree

Born Montu on March 17, 1962, the star astronaut named herself Kalpana when she started school at the age of three. After attending school/college in Karnal, she studied aeronautical engineering in Chandigarh. Kalpana left for the US in 1982 to pursue a postgraduate degree at the University of Texas. She followed it up with a PhD from the University of Colorado.

Upon graduating, Kalpana started work as a research scientist at NASA Ames Research Center in California. She specialized in developing methods to predict air behavior around aircraft. Meanwhile, she also earned pilot/flight instructor qualifications at a Palo Alto flying club. In 1993, Kalpana applied at NASA as an astronaut candidate but was rejected. She reapplied the next year and subsequently joined NASA's 1995 class.

First spaceflight
Kalpana made her debut in space on November 19, 1997

On November 19, 1997, Kalpana launched into her first space mission on-board Space Shuttle Columbia flight STS-87. In doing so, she became the first Indian-origin woman and the second Indian, after Rakesh Sharma, to go to space. One of her many tasks on the mission was to release the Spartan satellite. Though the mission failed, Kalpana was exonerated and even lauded for her competency.

Final mission
The second flight, which turned out to be her last

Kalpana was next assigned to the STS-107 mission in 2000, which turned out to be fatal for her. The mission, launched on January 16, 2003 aboard space shuttle Columbia, was successful, but the team working on it never made it to Earth again. Columbia exploded on February 1, 2003, while re-entering earth's atmosphere, killing all seven astronauts on board.

On success
The journey matters as much as the goal: Kalpana Chawla

Kalpana once famously told India Today, "I never truly thought of being the first or second someone. If you want to do something, what does it matter where you are ranked?" In another interview, she added, "Material interests are not the only guiding light. The quickest way may not necessarily be the best. The journey matters as much as the goal."

On her Indian roots
'The whole world is my native land'

Before her last mission, she told India Today, "I wasn't born for one corner. The whole world is my native land. I have felt that connection and stewardship for earth for as long as I can remember. And not just for earth, but the whole universe." She added that India taught her perseverance, the importance of hard work and the need to follow dreams.

Trivia
There is a hill on Mars called Kalpana Chawla

A hill on Mars, a star in space, a college, and several awards and scholarships have been named after Kalpana. She met her husband Jean-Pierre Harrison on her second day in the US. Harrison has written Kalpana's biography, which was released in India in 2011. During her first space mission, Kalpana spoke to the then Indian PM Inderjit K Gujral from the orbit.