Born on September 15, 1909, Conjeevaram Natarajan Annadurai was an Indian politician and the founder of Dravida Munnetra Kazhagam (DMK). Popularly known as Anna, Arignar Anna, and Perarignar Anna, Annadurai served as the last Chief Minister of the Madras State from 1967 and 1969. He was also the first chief minister of Tamil Nadu and held the position for only 20 days. An ardent disciple of Periyar E V Ramasamy, who started the Dravidian movement in India, Annadurai was the first to use Tamil Nadu cinema for political propaganda. Prior to his entry into politics, Annadurai worked as a high school teacher. Annadurai was born in a lower-middle-class family. Though throughout his life Annadurai claimed to be an atheist, his stance toward theism was that of ‘Only one race, only one God.’ In 1935, Annadurai entered politics by joining the Justice Party which was formed by non-Brahmin elites in 1917. In 1937, the party defeated the Indian National Congress in Madras, under the leadership of Ramasamy. Annadurai served as the sub-editor of the Justice magazine, editor of Viduthalai, and was also associated with ‘Kudi Arasu’ which was a Tamil weekly paper. Later he started his own paper ‘Dravida Nadu.’ Following differences with Ramasamy, Annadurai left the Justice party and launched DMK. During his active political years, Annadurai was also vocal to demand an independent Dravida Nadu. The stalwart politician of Tamil Nadu politics, Annadurai passed away on February 3, 1969. An estimated 15 million people attended his funeral. 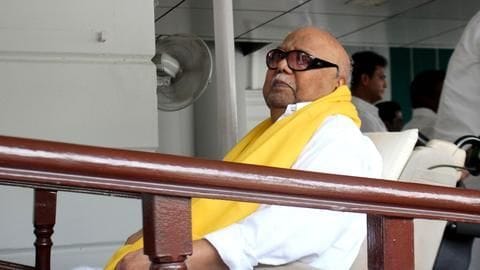 A statue of late DMK chief M Karunanidhi will be unveiled in Chennai next month, the party announced today. 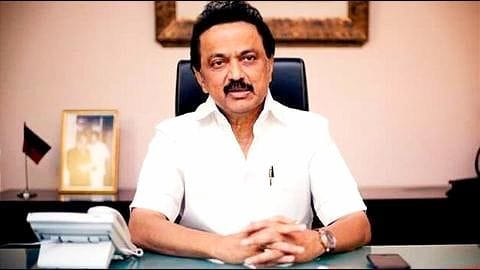 Politics
Stalin files nomination for the post of DMK President

DMK Working President MK Stalin, set to be elected the party President, has filed his nomination for the post at Anna Arivalayam, DMK's headquarters, in Chennai today. India
Why is Karunanidhi being buried and not cremated?

The death of M Karunanidhi, DMK chief, yesterday evening sent the state of TN into a tizzy, but what followed was more chaos. 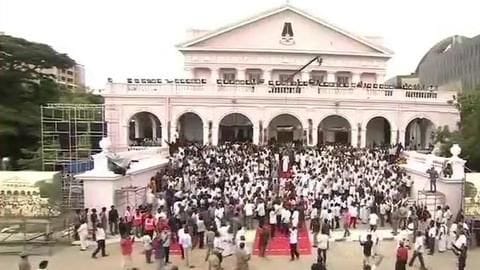 Two people were killed and around 40 injured in a stampede at Rajaji Hall in Chennai this morning, where DMK chief M Karunanidhi's body was kept for the public to pay homage. 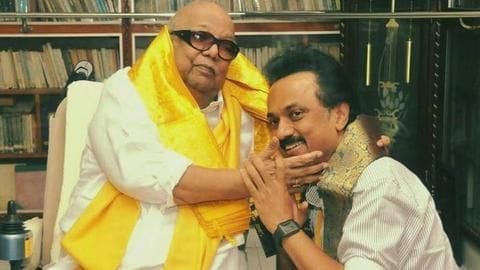 India
'Can I call you 'appa' now?': Stalin's emotional-letter to Karunanidhi

MK Stalin, son of M Karunanidhi and working president of the party, penned an emotional letter to his father after the DMK chief's death. 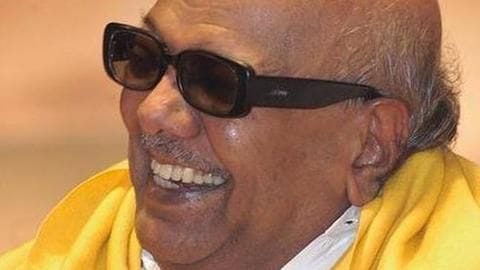 The Madras HC is conducting an emergency hearing on a petition by the DMK, which has challenged the TN government's refusal to let its party chief Karunanidhi be buried next to CN Annadurai's memorial at Marina Beach. 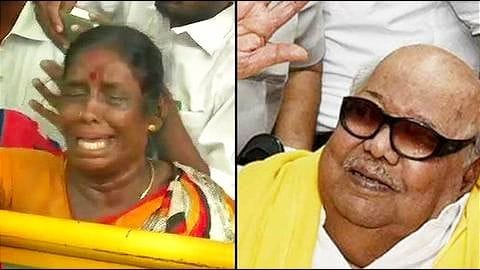 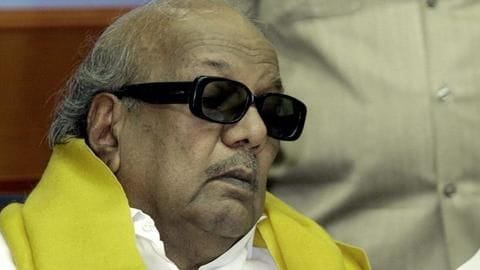 During wee hours of Saturday, DMK chief Karunanidhi was shifted from his Gopalpuram residence to Chennai's Kauvery hospital for treatment. 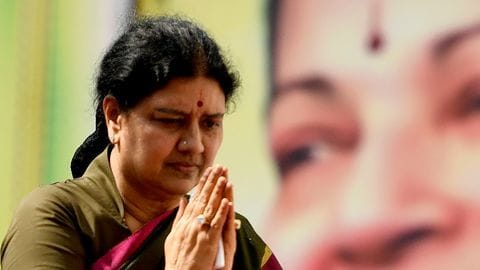 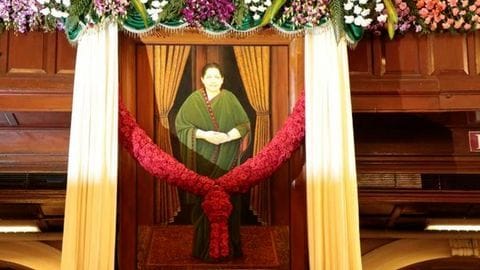 The unveiling of the portrait of Former CM Jayalalithaa in TN assembly created ripples in the state's already disturbed political scenario. 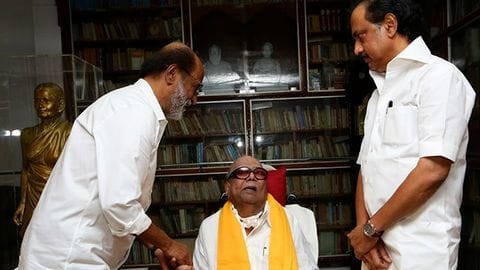 Days after announcing his entry into politics, actor Rajinikanth met DMK supremo M Karunanidhi. Incidentally, the Rajinikanth-DMK bonhomie goes back to 1996-1998 when the Tamil superstar had supported the party for Assembly and LS elections. 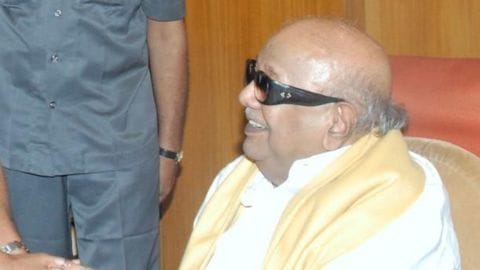 DMK President M Karunanidhi urged party workers to hold public meetings to appraise people about what is happening in the Tamil Nadu Assembly. 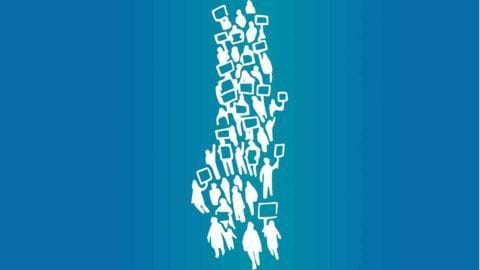 One day after 80 members of the Dravida Munnetra Kazhagam (DMK) were suspended by TN assembly speaker P Dhanapal, they staged a sit-in protest outside the assembly.