Banned from campaigning, Mamata Banerjee sits on dharna in Kolkata West Bengal Chief Minister Mamata Banerjee, who has been at odds with the Election Commission since the Assembly polls started, sat on a dharna today to protest the polling body's decision to ban her from campaigning for 24 hours till 8 pm.

In a tweet, the Trinamool Congress matriarch earlier declared that she would stage a protest against the "undemocratic and unconstitutional decision."

In this article
Ban

On Monday, the EC penalized Banerjee for her alleged remarks against the central forces and seeking votes on communal lines.

The body said she passed "highly insinuating and provocative remark laden with the serious potential of the breakdown of law and order and thereby adversely affecting the election process."

It was judged that she violated provisions of the Model Code of Conduct (MCC).

In reply to EC, Banerjee defended her remarks

In its order, the EC cited notices issued to Banerjee on April 7 and 8, and her replies.

About her speech, laced with alleged religious tones, the EC said that she "didn't mention anything on the context of key parts of her speech."

Being accused of instigating the crowd, Banerjee had replied that she urged voters to protest democratically if they are stopped from exercising their rights.

Fuming at EC's order, Banerjee tweeted yesterday, "To protest against the undemocratic and unconstitutional decision of the Election Commission of India, I will sit on dharna tomorrow (today) at Gandhi Murti (in) Kolkata from 12 noon. (sic)"

Here are the visuals from Banerjee's dharna

Kolkata: West Bengal CM Mamata Banerjee sits on dharna at Gandhi Murti, as a mark of protest after the Election Commission of India (ECI) imposed a ban on her for 24 hours from campaigning in any manner from 8 pm of April 12 till 8 pm of April 13#WestBengalElections pic.twitter.com/BQR0NIIgkT 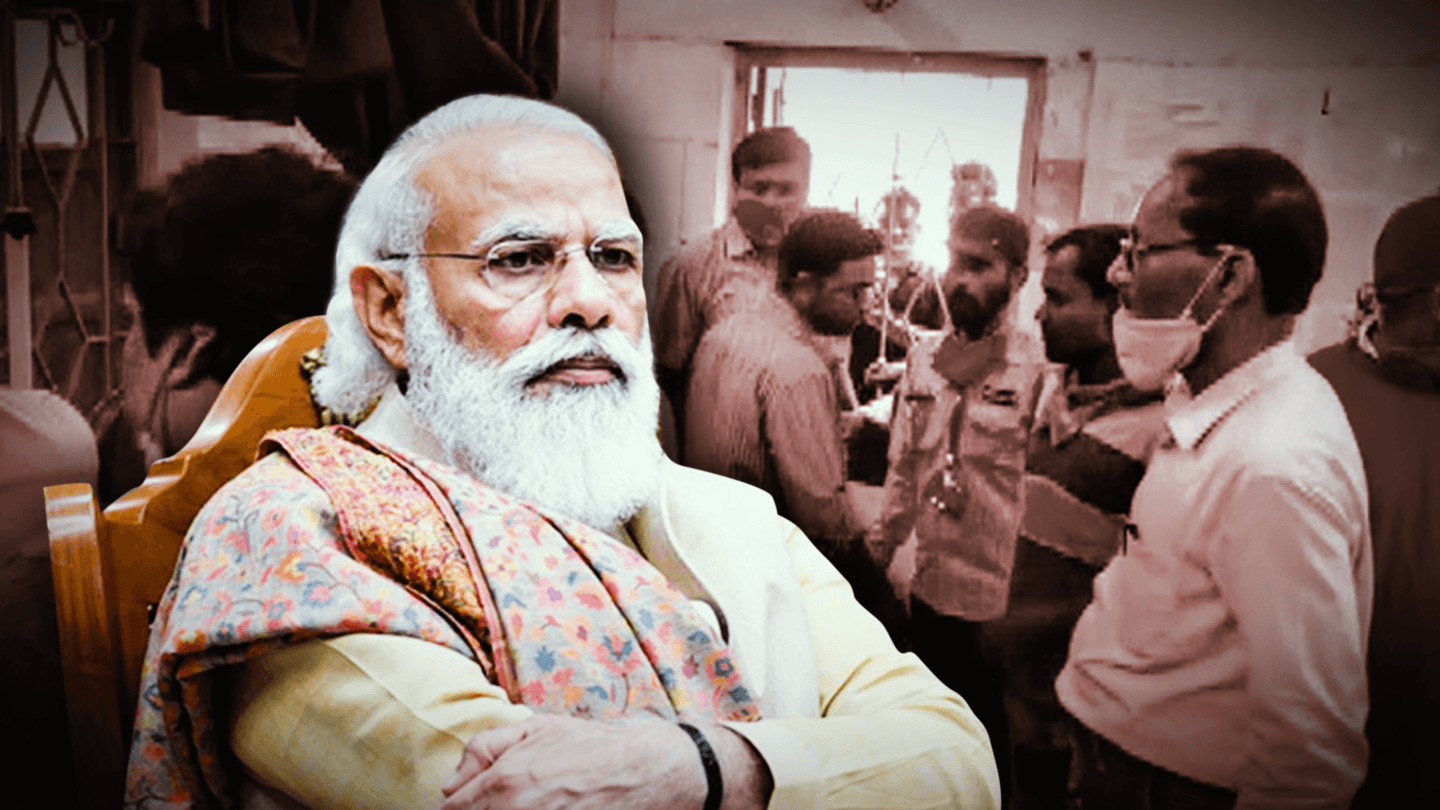 Meanwhile, Banerjee's remarks against the central forces were condemned by Prime Minister Narendra Modi, who has been campaigning rigorously in West Bengal.

Referring to firing by CISF personnel in Cooch Behar on Saturday, which left four people dead, PM Modi said they would have been alive had Banerjee not "instigated them."

An 18-year-old first-time voter had also died in a separate incident that day.

'Didi instigated them, told them to gherao the central forces'

"Those who died in Cooch Behar were all sons who had mothers. Didi instigated them, told them to gherao the central forces and loot them. They listened to Didi and snatched weapons from security forces, leading to the firing," he said.