Rahul drops conditions, asks governor when he can visit J&K 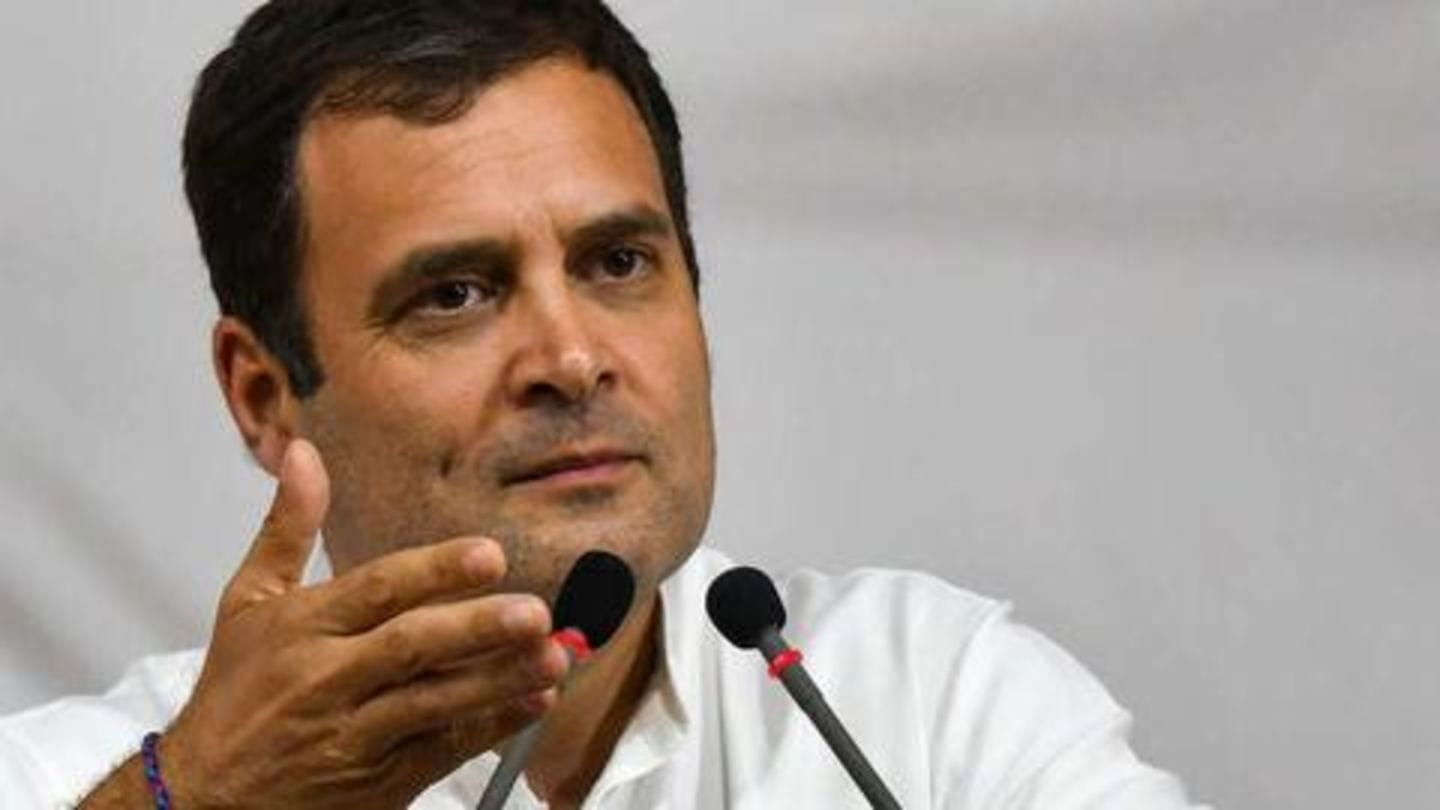 The war of words between Rahul Gandhi and Jammu and Kashmir Governor Satya Pal Malik took a new turn on Wednesday after the former Congress President asked if he can pay a visit to the state without any conditions.

After offering to arrange a plane for Rahul, Malik withdrew his invitation on Tuesday saying the Congress leader had too "many pre-conditions". 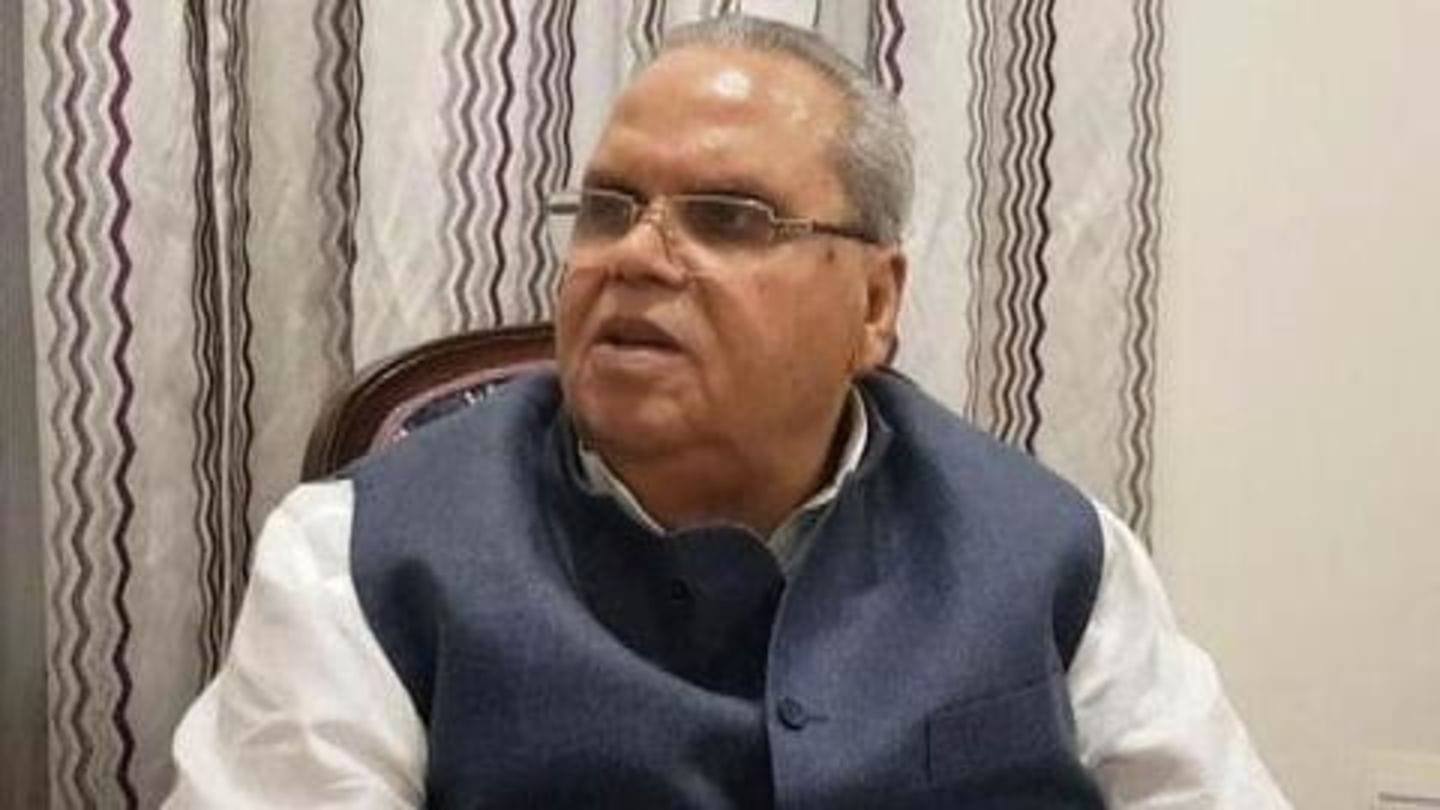 It all started when Rahul spoke about "disturbing reports" which emerged from J&K. To recall, the state was put under lockdown before Centre scrapped provisions of Article 370.

Malik said he will arrange a plane for Rahul so that he can see for himself that things are "peaceful". 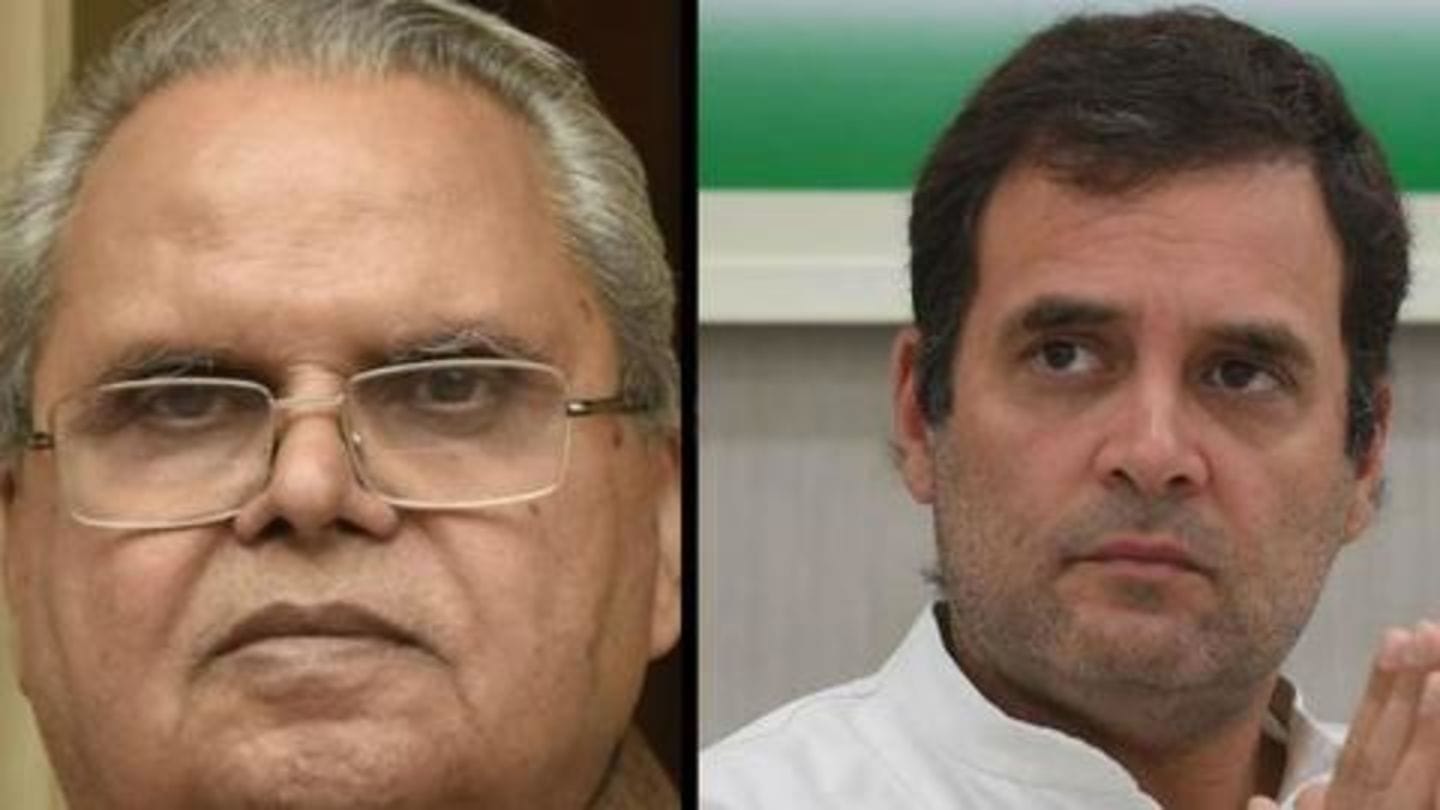 Subsequently, Rahul accepted Malik's invitation but underlined that he doesn't need an aircraft.

He said a delegation of opposition leaders will visit the state. The leaders want to travel freely and interact with locals and soldiers, Rahul added.

Responding to Rahul's tweet, Malik claimed he was trying to "create unrest". He accused Rahul of politicizing the matter by bringing opposition leaders into the picture.

Rahul has many pre-conditions, claimed Malik

"Rahul Gandhi is politicizing the matter by seeking to bring a delegation of opposition leaders to create further unrest. As Hon'ble Governor had never invited him with so many pre-conditions, he has referred the case to the local police and administration," a statement from Malik's office read.

I have no conditions, when can I come: Rahul 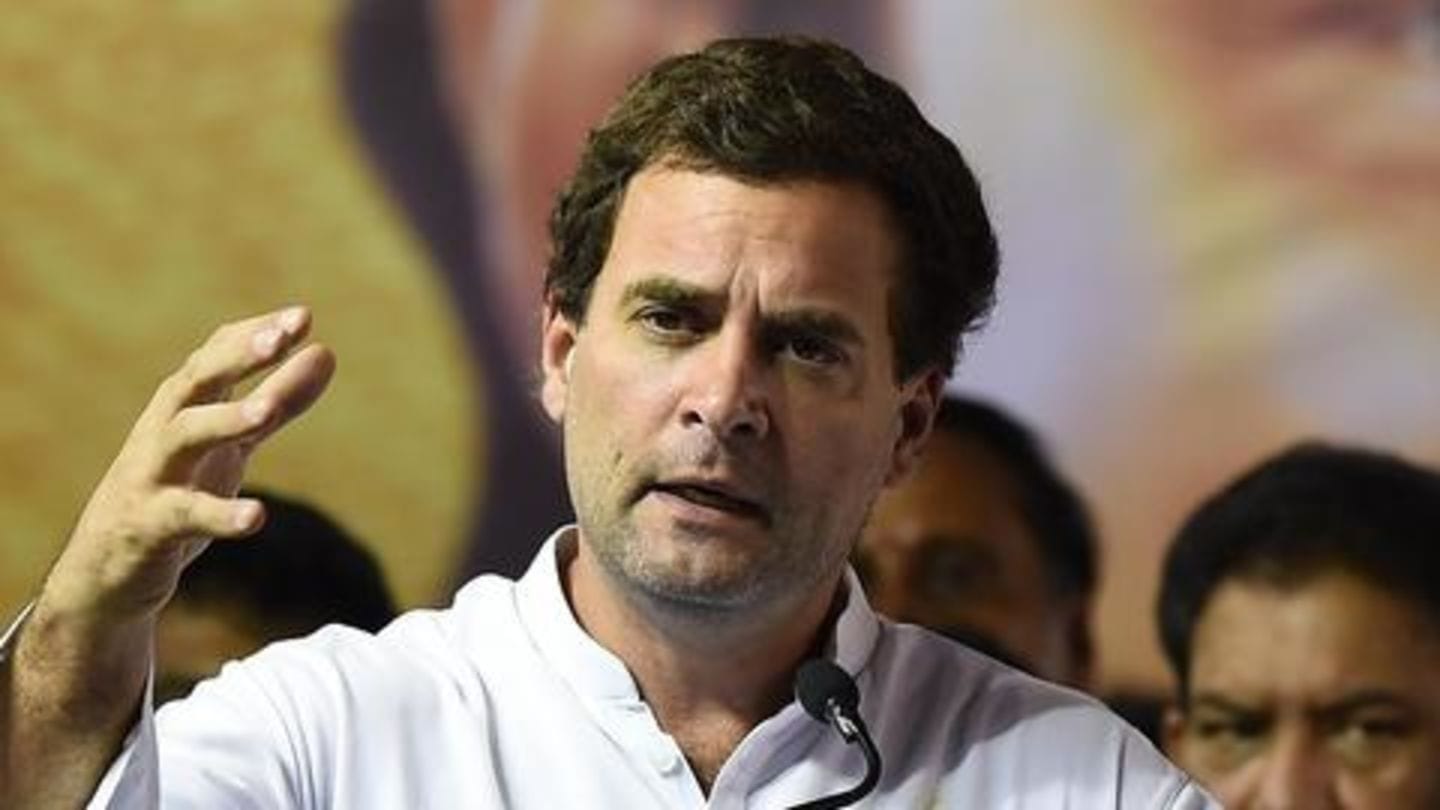 Interestingly, this morning Rahul showed he is not willing to let the matter go,

Referring to Malik as "Maalik Ji" (the Hindi word for master), Rahul tweeted, "I saw your feeble reply to my tweet. I accept your invitation to visit Jammu & Kashmir and meet the people, with no conditions attached. When can I come?"

Malik hadn't replied at the time of press.

Maalik Ji, when can I come, asked Rahul Gandhi

I accept your invitation to visit Jammu Kashmir and meet the people, with no conditions attached.

When can I come? 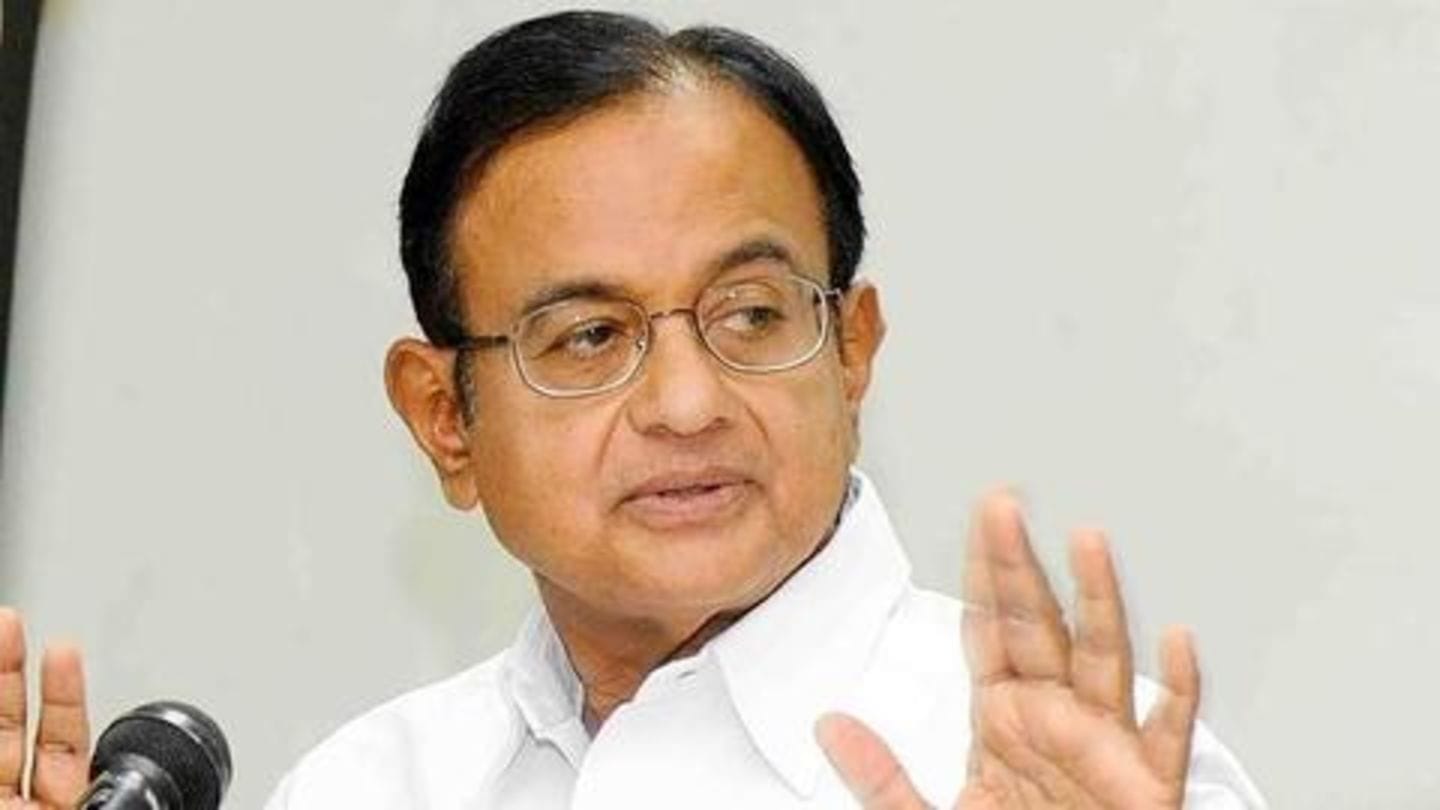 The 73-year-old tweeted, "J&K Governor's invitation to Rahul Gandhi was never a sincere invitation. It was a tool of propaganda. To say that Rahul Gandhi put conditions is rubbish. Rahul Gandhi asked for freedom to meet everyone, including soldiers. How is that putting conditions?"