Soon, Google Assistant will serve as your interpreter: Here's how 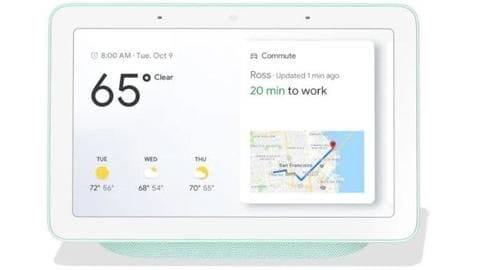 After introducing Google Assistant into Maps and several smart gadgets, Google is turning its digital assistant into a real-world interpreter. The company has introduced a new 'Interpreter Mode' to close gaps in bilingual conversations, especially for people traveling abroad. However, the feature will be available only on a small set of devices in the beginning. Here's how it works.

With Interpreter Mode, two people conversing in different languages will get real-time translations. The experience, backed by Google's language translation capabilities, is not really seamless but can easily do the job. Put simply, when you speak, the Assistant will detect your language and translate it for the listener. Then, after a small bit, it will repeat the same process, translating their response for you.

Information
You just have to say the trigger phrase

To use this feature, you just have to say 'Ok Google, be my *language name* translator' trigger phrase. The assistant will wake up in response and deliver real-time translations for both parties with voice and on-screen output.

Support
As of now, it supports 27 languages

As of now, Google Assistant supports as many as 27 languages, including Chinese, Danish, German, French, and Italian. This means that as long as any of these languages is used, the Interpreter will be able to detect and translate it in real-time. If you go beyond these, it will give an error, affecting the whole conversational experience.

Device support
Also, only few devices are getting Interpreter Mode

Google Assistant's Interpreter Mode can prove extremely useful for people traveling abroad or even hotel desks. But, it is important to note that the feature will only work on select devices, at least in the early stages. Google has said it will be coming to smart devices, including Google Home, Home Hub, and Assistant-powered offerings from Lenovo, LG et cetera.

Do you know?
Roll-out plans for smartphone users

Google has also said that Assistant's Interpreter Mode will come on phones, but there's no word on the timeline. Maybe the company plans to make the whole translational experience a bit more seamless before rolling it widely for everyone using Google Assistant.