This AI-powered backpack could replace guide dogs for the blind

Most visually impaired people depend on walking canes and guide dogs to navigate public places. While tools do exist to assist with haptic feedback, they aren't comprehensive solutions. A new solution incorporates Intel's Artificial Intelligence (AI) software, processors, and concealed cameras to recognize obstacles and interpret road signs in real-time, all while being rather inconspicuous as an aid for the visually impaired.

The system has been developed by Jagadish K Mahendran, a Computer Vision engineer from the University of Georgia. It requires the user to wear a vest, a backpack, a Bluetooth earpiece, and a fanny pack. The backpack contains a laptop for data processing, the vest conceals a camera, and the fanny pack houses a battery capable of powering the system for around eight hours.

The alerts for detected signage, obstacles, and elevation changes are transmitted to the wearer through a Bluetooth earpiece. The earpiece also allows the wearer to interact with the system through voice commands. The system has a GPS module using which the wearer can create landmarks for use as points of reference later. The system can calculate the distance to any of the created landmarks. 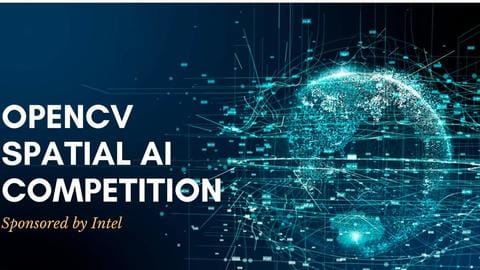 Mahendran's prototype won the $3,000 grand prize at the OpenCV Spatial AI competition in 2020 that was sponsored by Intel. This year, Microsoft will also be a headline sponsor of the year. Mahendran said while meeting a visually impaired friend, he was struck by the irony that while he had been developing machine vision for robots, people who couldn't see actually needed that more.

Mahendran told PCMag that he has formed a team called Mira with the mission to provide an open-source AI-powered visual assistance system for free. He added that the team is currently raising funds for initial testing. While the concept demonstrated potential, it is a long way from a market-ready product. The prototype features multiple components that can't be operated easily by the visually impaired.