Lenovo is all set to unveil its latest smartphone, the Lenovo Z5s, in China on December 18. So far, the company has teased that the phone will feature an in-screen camera design, triple rear-camera setup, Snapdragon 678 chipset, and Android Pie. And now, fresh teasers suggest the phone will come with more than 8GB of RAM, indicating 10GB RAM support. Here's everything we know.

Design and display
Lenovo Z5s: At a glance 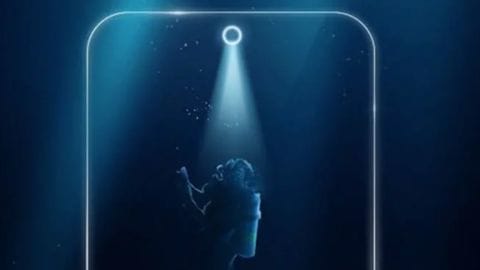 According to an alleged hands-on video and some early promotional posters, the Lenovo Z5s will come with an in-screen camera design. The phone will have a circular cut-out for the camera at the center of the display, allowing for an edge-to-edge screen and increased screen-to-body ratio. On the rear, there will be a Huawei P20 Pro-like triple camera setup and a fingerprint scanner.

Lenovo VP Chang Cheng shared a teaser claiming that the triple camera setup of Lenovo Z5s will outperform Xiaomi's Mi 8 flagship which has a 12MP+12MP dual camera module. And while the specifications of the triple camera setup are still unknown, the camera setup will offer AI-based image enhancements including Portrait photography. Up front, the phone will house a single selfie snapper.

Internals
The phone is teased to get more than 8GB RAM

Further, teasers suggest Lenovo Z5s will come with more than 8GB of RAM, implying the phone may offer 10GB RAM support. Earlier, Cheng had released a few teaser posters, claiming that the Lenovo Z5s will be powered by a Qualcomm Snapdragon 678 processor and run on Android Pie-based ZUI. However, this Qualcomm chipset is yet to be launched.

Is it a gimmick?
#JustAThought: Do we really need 10GB of RAM?

Well, a RAM is essentially useful to run multiple apps and play the latest games (because mobile GPUs don't have their stand-alone VRAM and use system's memory). But frankly, one doesn't need this much RAM unless you write codes and test apps (or simply want to show-off free RAM on your smartphone). 10GB RAM definitely is a marketing gimmick than really a necessity.

While Cheng has teased that the upcoming Lenovo Z5s will come with Snapdragon 678 processor, the chipset is yet to be officially announced. Hence, if Cheng's words are to be taken seriously, we can expect Qualcomm to announce Snapdragon 678 in the coming days, possibly alongside the launch of Lenovo Z5s on December 18.