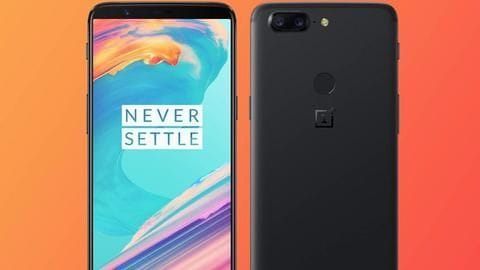 OnePlus has finally launched the much-awaited OnePlus 5T, its first ever bezel-less display device. The OnePlus 5 successor is expected to give a tough competition to other high-end, bezel-less rivals like iPhone X, Google-Pixel 2 XL, and Samsung Galaxy Note 8. OnePlus 5T offers some similar features and specs for just about half their price. Let's see how these phones compare to each other!

In this article
Display Specs

Sadly, the OnePlus 5T doesn't have a microSD slot to expand the storage. Also, the iPhone X and Pixel 2 XL have no expandable storage. In comparison, the Galaxy Note 8 has expandable memory up to 256GB with microSD.

How do the cameras compare?

The OnePlus 5T has a 20MP+16MP dual rear camera setup with Intelligent Pixel Technology. It has an upgraded 16MP selfie shooter. Pixel 2 XL comes with a 12.2MP primary camera and an 8MP sensor on the front. iPhone X houses a 12MP camera on the back and a 7MP front camera. Galaxy Note 8 has 12MP rear and 8MP front cameras.

Google Pixel 2 XL has bigger battery than others

Apple, Google get rid of the headphone jack