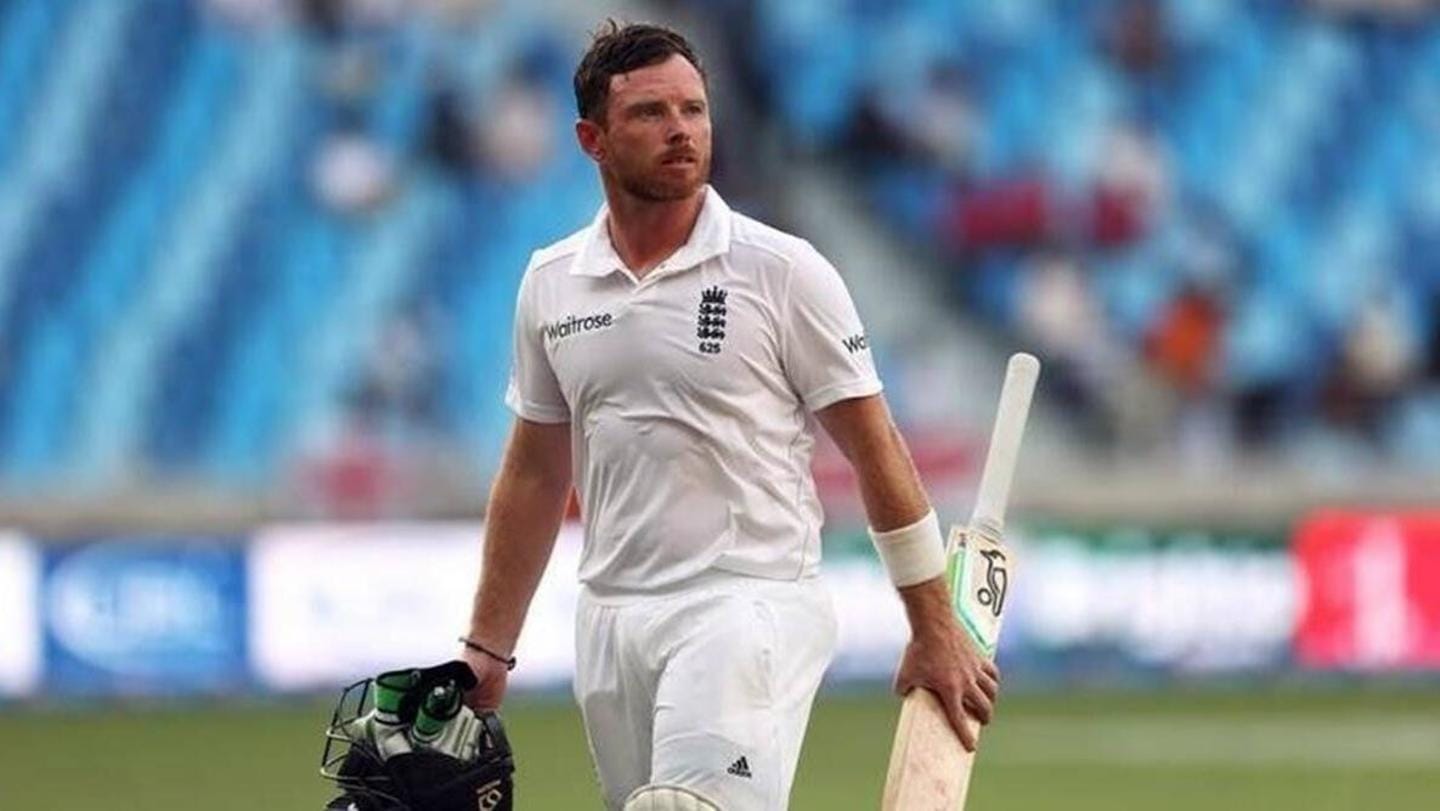 England batsman Ian Bell will retire from professional cricket at the end of the ongoing season. The 38-year-old, who made his debut for England in 2004, last played an international five years ago. However, he has been an integral part of Warwickshire in County cricket ever since. Notably, this decision comes a few months after Bell signed a year's extension with the English club.

My time is now: Ian Bell

Bell took to Twitter and shared a long post. His caption read, "It's true when they say you know when the time's right, and unfortunately, my time is now. It's been a pleasure. Thank you."

It’s true when they say you know when the time’s right, and unfortunately, my time is now.
It’s been a pleasure.
Thank you.
🏴󠁧󠁢󠁥󠁮󠁧󠁿🐻 pic.twitter.com/u7Altf9qpT

A look at Bell's international career Ian Bell is the fourth-highest run-getter from England in international cricket. In a career spanning over a decade, he amassed 13,331 runs from 287 internationals at 40.27. He also has a record 26 hundreds to his name. Notably, Bell has been part of five Ashes-winning sides and owns 22 Test tons. Overall, he has represented England in 118 Tests, 161 ODIs and 8 T20Is.

Bell will be the third Warwickshire player to retire at the end of this season, along with Tim Ambrose and Jeetan Patel. He is a veteran of 20,300 First-class runs at 43.46 with a best score of 262*. The phenomenal tally comprises an incredible 57 centuries and 103 fifties. He has also aggregated 11,130 List A and 2,790 T20 runs in his career.

Bell is touted as a terrific fielder

Besides scoring plethora of runs across formats, Bell has also taken 158 catches in international cricket (Tests - 100, ODIs - 54, T20Is - 4). Meanwhile, in domestic cricket, he is an owner of as many as 382 catches.

'Ian Bell will retire as a legend' Warwickshire's sport director Paul Farbrace lavished praise on Bell. "Ian will retire from the game as a true Bears legend. He's come through our development system and academy, won every trophy possible," Farbrace said. "During his 12-year international career, he was a fantastic ambassador for Warwickshire CCC, scored runs all over the world and was firmly established as one of the world's best batsmen."