Punjab Kings were going comfortably at one stage but suffered a batting collapse.

Credit should go to the RCB bowlers for making a comeback.

PBKS enjoy a decent time in the PP overs

Punjab started on a slow note, managing 18 from the first three overs.

With Prabhsimran Singh being dismissed in the fourth over, PBKS were reeling at 21/1.

However, the next two overs saw PBKS smash 28 runs.

Mohammed Siraj conceded eight in the fifth over before Chris Gayle smashed Kyle Jamieson for five fours next.

PBKS finished with 49 in the first six overs. 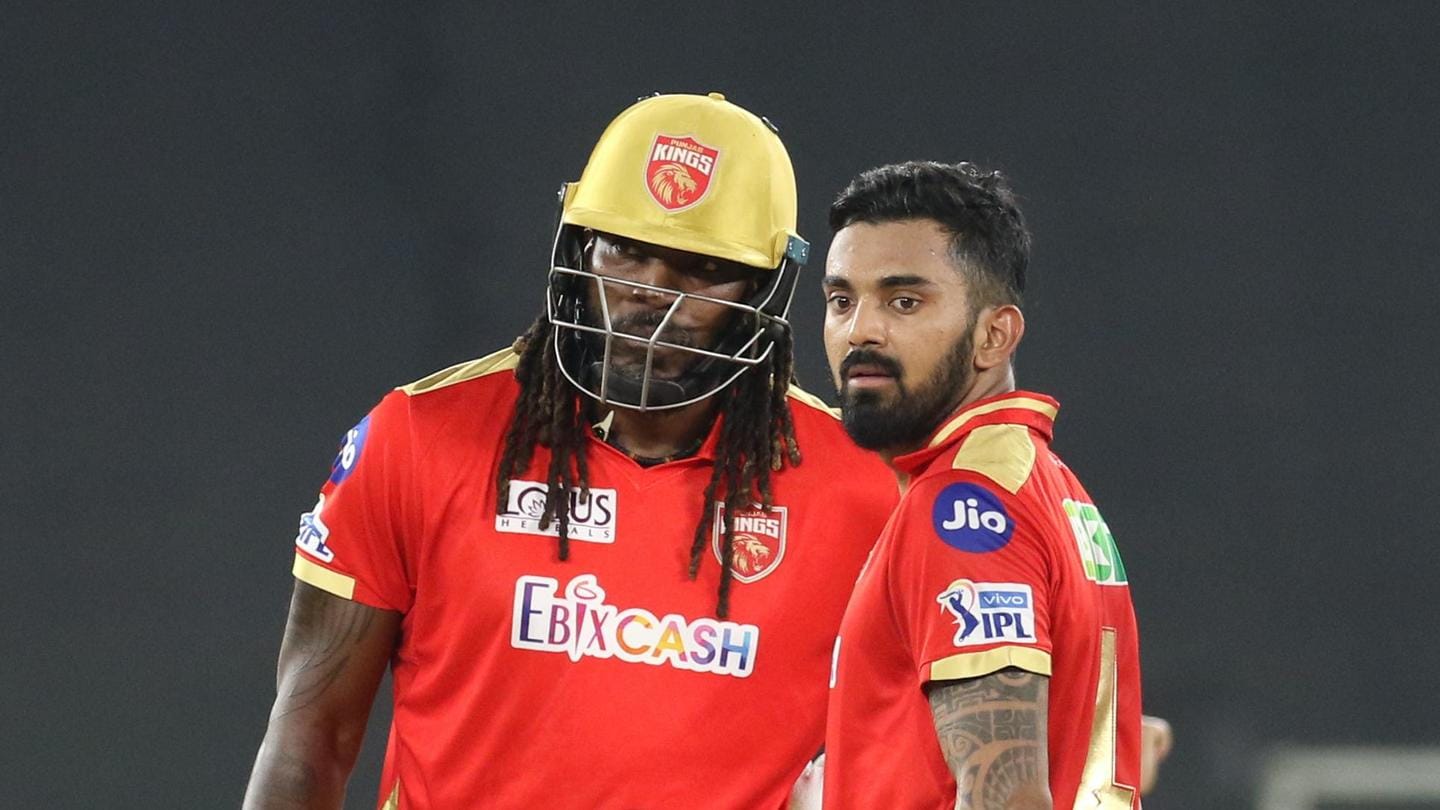 Rahul and Gayle batted well for PBKS and in no time they added valuable runs.

PBKS were 99/1 at one stage before Gayle departed.

Meanwhile, Rahul did an able job.

He anchored the PBKS innings and batted till the end.

His contributions helped PBKS at the death.

RCB hit back after Gayle's dismissal

RCB got the key wicket of Gayle in a crucial phase of the match. After that, the RCB bowlers claimed three more scalps in a space of 19 runs. The out-of-form Nicholas Pooran managed a duck. Deepak Hooda (5) and Shahrukh Khan (0) followed suit.

Rahul smashed an unbeaten 91 from 57 balls. He accumulated seven fours and five sixes. He has now gone past Shikhar Dhawan in terms of most runs this season. Rahul now has 330 runs at 66.00.