WWE: A look-back at five top moments of The SHIELD 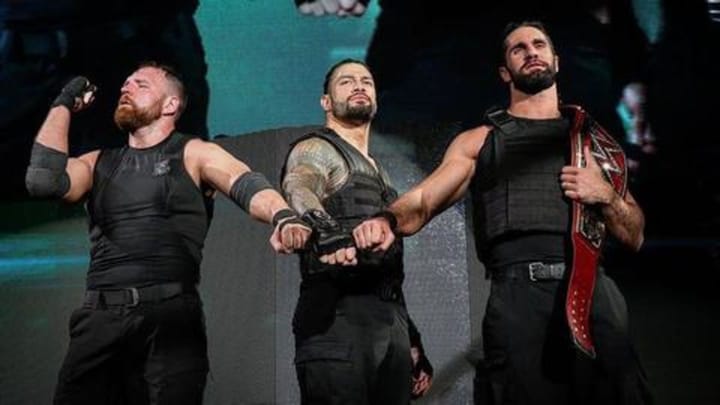 Of the countless number of WWE's top stables, the one that holds an emotional bond with the WWE Universe is The SHIELD. Comprising of top wrestlers Dean Ambrose, Roman Reigns and Seth Rollins, the stable had their final match last week at a live WWE event. In the same light, we have a look at their top five moments to date in WWE.

A brutal impact on debut 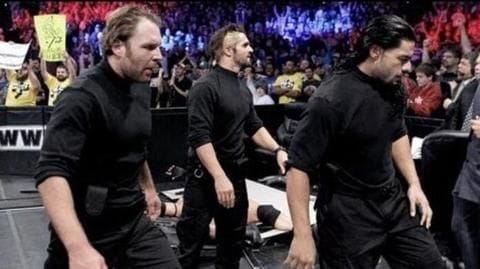 The arrival of SHIELD to the main roster made an instant impact. It was back in 2012 when SHIELD made their debut as the heel, power-bombing Ryback through the announce table, allowing a heel CM Punk to retain his WWE Championship by pinning John Cena. Although people booed them, they were pretty sure that it was a ruthless stable, with a bright future ahead. 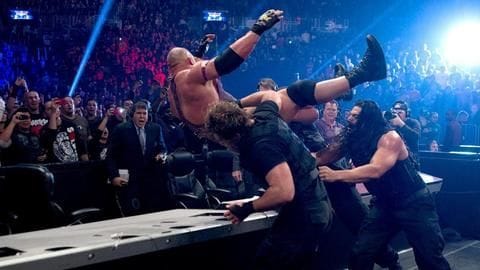 Having proved over the weeks, following their arrival, that they were a brutal force, they made things pretty clear once they won their debut match in WWE. At the TLC pay-per-view, The SHIELD members were in a six-man tag-team match against Tag-Team champions Team Hell No (Daniel Bryan and Kane) and Ryback. However, SHIELD overpowered them in a pretty-much one-sided, but brutal match.

SHIELD too strong for Evolution 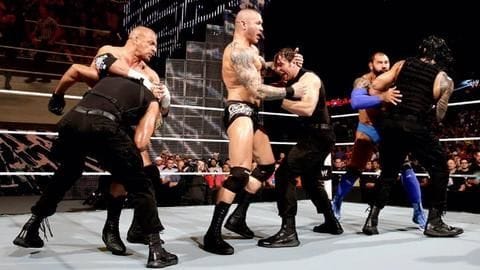 Following their dramatic arrival in WWE, COO Triple H wanted to use them for his foul means, leading SHIELD to turn face. This started a feud with Hunter, as the latter called back his old stable Evolution. At the Payback pay-per-view in 2014, both underwent a No Holds Barred elimination match, where SHIELD stood tall, with none of their members getting eliminated.

Golds in one night One of the memorable moments of the SHIELD was at Extreme Rules pay-per-view in 2013, when all the members of SHIELD won golds in a single night. It all started with Ambrose, who beat Kofi Kingston to become the new US Champion. Later that night, Roman and Rollins beat Team Hell No to become the new Tag-Team champions, thus completing a triple-threat. 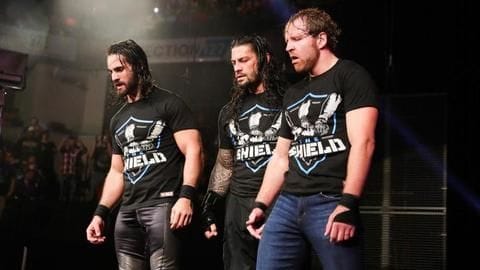 Three years after Rollins betrayed SHIELD and the brand split, Ambrose was drafted to Raw in 2017. Rollins, now a face, tried to reconcile with Ambrose, but failed due to trust issues. Meanwhile, The Miz, along with Cesaro and Sheamus, picked up a brawl with Reigns, leading to the latter confronting his former SHIELD team-mates, eventually leading to their first-ever reunion.

Special mention: Rollins stabs in the back 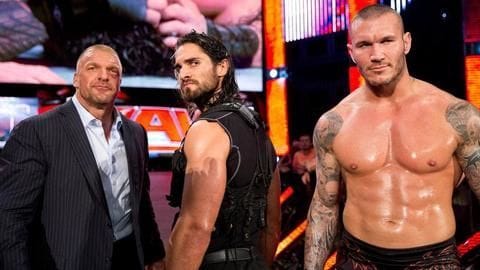 Well, not exactly The SHIELD moment, but surely does involve them. Following SHIELD's victory over Evolution, Hunter came up with a Plan B, as Rollins attacked both Ambrose and Reigns and joined The Authority. It was then he went on to become WWE's top guy and winning Money in the Bank contract, while he also became the WWE Champion at WrestleMania in 2015.