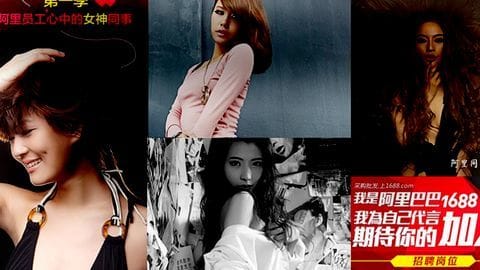 Chinese tech firms are under scanner after a recent Human Rights Watch (HRW) report slammed them over gender-discriminatory job ads. Infamous for sexist recruitment practices, tech companies in China are known for rolling out vacancies only for men or for women of a certain age, height, weight and skin complexion, the ones billed as "attractive" and "aesthetically pleasing." Hopefully, not anymore.

Both public and private firms are under the line of fire. The national civil service job list for 2018 had 19% employers wanting/preferring men. E-commerce biggie Alibaba commonly refers to its female workers as "Ali beauties" and "goddesses" on social media. Others slammed for stressing on the beauty of female employees include Tencent (WeChat's parent company), internet firm Baidu and leading telecom company Huawei.

In the wake of the HRW report, the companies have pledged reform. Alibaba would ensure stricter "compliance with our policy" of providing "equal opportunity regardless of gender." Tencent would "take swift action" to ensure such embarrassments "don't happen again." Baidu, meanwhile, deeply regretted "the instances where our job postings didn't align with our values." Huawei has promised to be "fully sensitive to gender equality."

Though gender discrimination in recruitment and sexist advertisements are banned in China, the country's law doesn't clearly define gender discrimination and has few mechanisms to ensure effective enforcement. As a result, violating firms are seldom investigated. Now through its extensive research and active campaigning, HRW is urging China to "adopt and enforce company policies prohibiting all forms of gender-based discriminatory job ads."