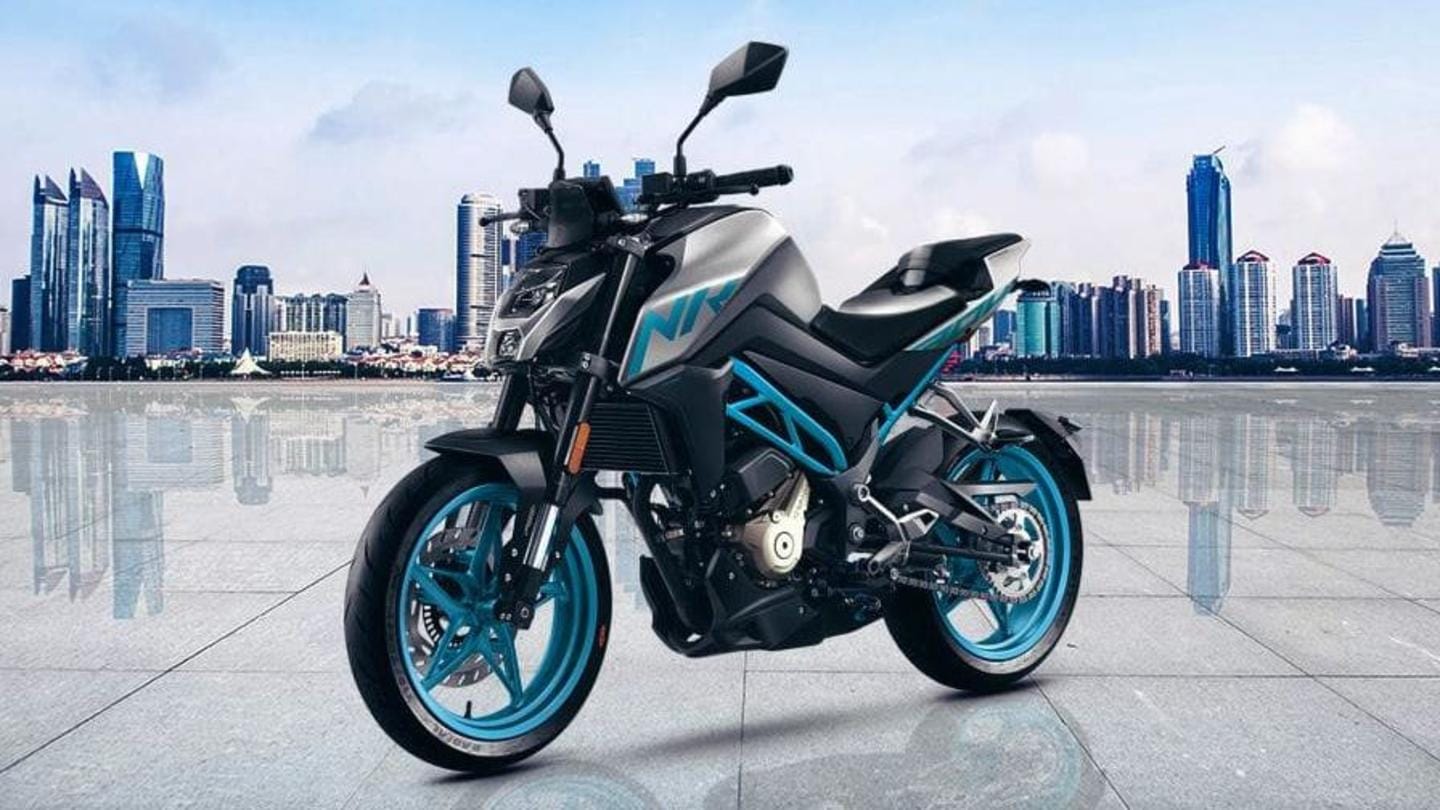 Prior to its unveiling in India, Chinese automaker CFMoto has revealed its BS6-compliant 300NK motorcycle. However, the company is yet to reveal the launch date. As for the highlights, it looks similar to the outgoing model and retains most of the features. The 300NK draws power from a 292.4cc, liquid-cooled, fuel-injected engine but the power figures are yet to be disclosed. Here's our roundup.

Take a look at the company's teaser

The 2021 CFMoto 300NK sits on a tubular frame and offers a naked sporty design. It has a sloping fuel tank with angular extensions, a stepped-up seat, an underbelly exhaust, and eye-catching paintwork. The bike packs a TFT color screen with two display modes, an all-LED setup for lighting, and rides on 5-spoke alloy wheels. It weighs 151kg and has a 12.5-liter fuel tank.

The bike runs on a 292cc liquid-cooled engine

The 2021 CFMoto 300NK draws power from a BS6-compliant 292.4cc, single-cylinder, liquid-cooled, fuel-injected engine linked to a 6-speed manual gearbox. However, its power figures are unknown. For reference, in the BS4 state-of-tune, the mill makes 33.5hp of power and 20.5Nm of peak torque.

It has dual-channel ABS for improved road handling To ensure the safety of the rider, the 2021 CFMoto 300NK is equipped with disc brakes on both the front and rear wheels along with dual-channel ABS for improved handling on the roads. Suspension duties on the motorcycle are taken care of by telescopic forks on the front side and a mono-shock unit on the rear end.

The pricing and availability details of the 2021 CFMoto 300NK in India will be announced at the launch event, which is expected to happen in the coming days. However, it is expected to cost around Rs. 2 lakh (ex-showroom).