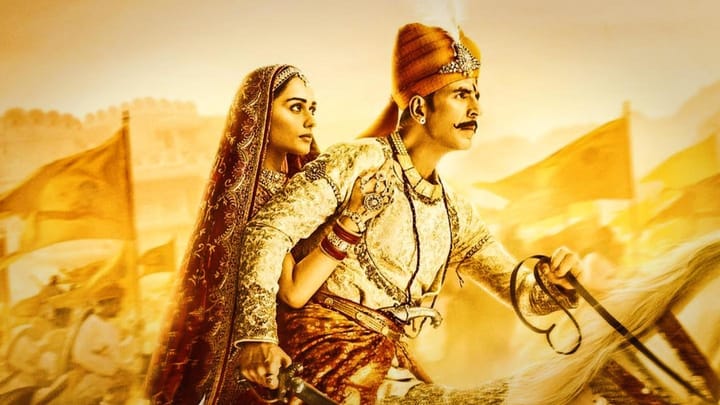 Yash Raj Films has dropped the official teaser of Akshay Kumar's upcoming period piece, Prithviraj. The Khiladi of Bollywood will be playing emperor Prithviraj Chauhan in this flick, co-starring Manushi Chhillar, Sanjay Dutt, and Sonu Sood. Originally touted to be a Diwali 2021 offering, the action drama will now hit the cinema halls on January 21 next year. Here's what the teaser told us.

In the little over a minute teaser, a solemn voiceover introduces us to the mighty king, "Hindustan ka Sher [Hindustan's Lion]," Prithviraj Chauhan. The clip opens on a massive battlefield, where the Chauhan warrior had fought the invader, Muhammad of Ghor. All the other leads get introductory shots as well. The studio has gone all out in presenting a polished production.

A heroic story about pride and valour. Proud to play Samrat #Prithviraj Chauhan. Celebrate #Prithviraj with #YRF50 only at a big screen near you on 21st January’22.@ManushiChhillar @duttsanjay @SonuSood #DrChandraprakashDwivedi @yrf pic.twitter.com/GzNyMoTKux

It all looks impressive but there's nothing new happening

Although every character has been painted with care, the plotline of a barbaric ruler invading a noble king is getting repetitive in Bollywood (Padmaavat and Tanhaji). We would expect a non-jingoistic portrayal with some novel elements from this venture. Special note: In one scene, Kumar lifts Chhillar with one hand to hoist her on his horseback. But it's too mechanical to appear legit.

'This is our tribute to his heroism and his life'

"The teaser of Prithviraj captures the soul of the film, the essence of the life of the legendary warrior Samrat Prithviraj Chauhan who knew no fear. This is our tribute to his heroism and his life," said the Bhool Bhulaiyaa star on the teaser launch.

As expected of the prolific Kumar, the teaser comes just days after the superstar took the theatrical moviegoers by storm with his cop drama, Sooryavanshi. For YRF, Prithviraj will be the second big-ticket release to come out from its slate of 2021. The first one is Bunty Aur Babli 2, set to premiere on the big screens on November 19.