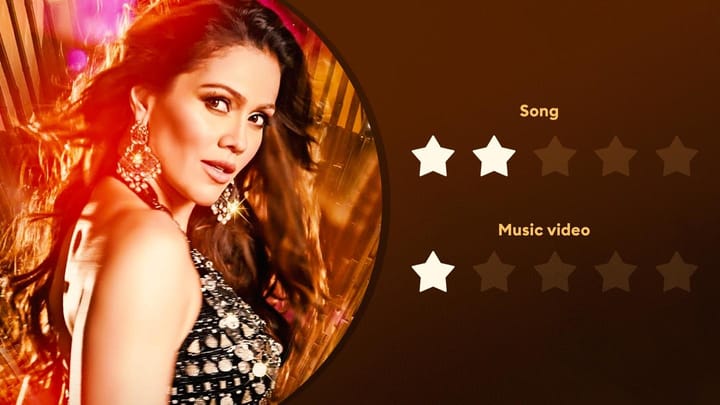 Tips Music and Prerna V Arora dropped a new single called Bollywood Wala Dance today. Sung by Mamta Sharma, the music video on YouTube features Waluscha De Sousa. As the name suggests, De Sousa simply incorporates every Bollywood item song element in the clip, presenting us with nothing we have not seen before. But the song comes with an attractive hook. Here's our review.

With lyrics written by Danish Iqbal Sabri, the music has been composed by Vishal Mishra. Sort of going meta with the lyrics, the track talks about how men leave their wives at home to spend their evenings at bars. While certain lines seem to call out men's behavior, the following ones suddenly endorse casual flirting and "men will be men" sentiment.

Can we stop with 'woman dancing surrounded by men' trope?

For the other aspects of the track, the well over two-minute song comes with all elements of being a catchy party number. But no one has said all Bollywood party songs need to have a woman dancing surrounded by men with "predatory" eyes, right? Still, the definition of a strong dance number has been this for the past decade in various song industries.

De Sousa is a gifted dancer with various emotions up her sleeves (as we recently saw in Chingari) and she displays them well here. Nothing happens in the clip worth mentioning. There's no story involved either. Speaking about the track, Sharma had said she especially liked the hook. And, we agree. But, dear song producers, please do away with distasteful lyrics now.

"I have had an enjoyable experience performing on this energetic song. I am sure Bollywood Wala Dance will steal hearts of the audiences," De Sousa had said. Currently, the song has amassed over 30L views on YouTube, so the masses seem to have liked it. Verdict: While the song gets 2/5 [just for the hook], the MV takes 1/5 stars [for De Sousa's performance].