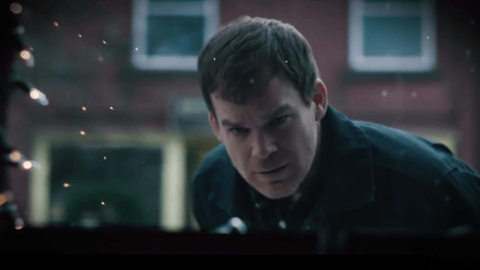 Showtime recently released a teaser for the much-anticipated series revival of Dexter. We finally get to see America's favorite serial killer in his new avatar, seemingly at peace and strutting around the streets of a small town. Michael C Hall is playing the titular character Dexter once again. And this time, he has got his wicked urges in control on the face of it.

Teaser
The town is in love with Jim 'Dexter' Lindsay

The 49-second teaser shows Dexter walking around the town with many people greeting him and calling him by his new name, Jim Lindsay. People are calling him Jimmy, Jimbo, and Mr. Lindsay and giving him all the affection. His clean-shaven, happy-looking persona is a significant change from where the show ended eight years ago when he was a serious-looking lumberjack with a scruffy beard.

Information
Teaser reveals a glimpse of the Dark Passenger

At the end of the teaser, we see Dexter walking towards a shop in the town. We also see a tiny glimpse of his Dark Passenger (murderous side of his personality) as he sighs at the sight of some knives and blades lying on the other side of the shop window. The upcoming season of the show will contain 10 episodes.

Cast
No update on return of any previous cast members