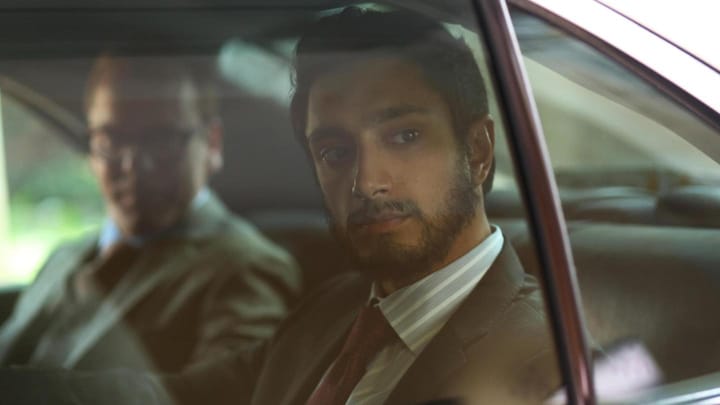 A mysterious threat is looming over the planet and Riz Ahmed must fight all odds to save his two kids from the danger. This is what a taut summarization of Michael Pearce's upcoming science-fiction thriller, Encounter, will look like. But in the recently released trailer of the Amazon Prime Video Original film, a lot more is going on. The movie also stars Octavia Spencer.

Khan rushes home to save his sons from alien worms

The clip opens with Khan leaving a message for his sons (Lucian-River Chauhan and Aditya Geddada), telling them how he hasn't seen them in two years but still can't because he has to "keep on fighting." But then he comes across bug-like aliens and rushes home to take his kids away to safety, wherever that is. However, this journey won't be an easy one.

Spencer and others are out to apprehend Ahmed's character

As the trailer suggests, the alien bugs enter the human body and take control. And, an infected person can be identified by their eyes where the worms can be seen swimming. By the end of the trailer, Khan seems to have been already infected. So, that's an added worry. Spencer's character, meanwhile, is with a team of police and soldiers out to apprehend him.

It will premiere on Prime Video after short theatrical run

Given there's a psychological aspect at play and such a big group of public law enforcers is after Khan, even shooting at him, the story might have other twists. There is a possibility the entire invasion is a creation of his mind. We will get the answer on December 3 when the film releases in theaters. It comes to Prime Video on December 10.

Share this timeline
Facebook
Whatsapp
Twitter
Linkedin
Shreya Mukherjee
Twitter
Shreya Mukherjee covers entertainment news for NewsBytes. She has previously worked with The New Indian Express as a sub-editor where she also contributed lifestyle and feature articles. She has a Bachelor’s degree in English from the University of Calcutta and a postgraduate diploma in Journalism & Mass Communication from the Indian Institute of Mass Communication, Delhi.
Amazon Prime Video
Amazon Prime Video
Akshay Kumar opens up about his much-awaited Amazon Prime venture Akshay Kumar
5 kid-friendly Christmas movies you should add to your watchlist Christmas Day
'Kantara,' 'Chhello Show': What to watch on OTT this weekend? OTT releases
Rishab Shetty's superhit movie 'Kantara' arriving on OTT tomorrow! Kannada Films