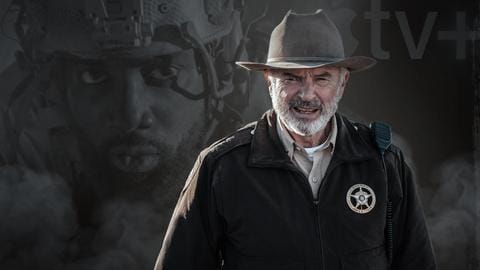 Alien invasions are always cool to watch. Throw in Sam Neill, and you got yourself a great series. Apple TV+ just unveiled the first teaser for Invasion, and it has city blackouts, a space mission gone awry, an intense war sequence, and pure chaos throughout. Sam Neill, the Jurassic Park actor, is no stranger to catastrophes and destruction, but will he survive this time?

Information
The teaser reminds us to 'hold on to your humanity'

We don't get to see any aliens in the teaser (yes, it is a travesty), but we get a glimpse at the destruction caused by them. This includes unexpected nosebleeds, random circles in farms, etc. Invasion, set across different continents with multiple storylines, does not reveal what the aliens want or how they look. But the trailer reminds us, "Hold on to your humanity."

Characters
Meet all the characters from the science fiction drama series

The upcoming series is not your typical alien invasion story, and it takes you through the journey of five characters. Neill is a sheriff on the verge of retirement, while Shamier Anderson plays a soldier in Afghanistan. Golshifteh Farahani stars as a Syrian immigrant, and Firas Nassar plays her businessman husband. Lastly, Shiori Kutsuna is a mission control officer in Japan's space program.

Details
Here's what you need to know about 'Invasion'

The highly-awaited series hits Apple TV+ with the first three episodes on October 22. You can catch new weekly episodes every Friday. There will be 10 episodes. Jakob Verbruggen, of The Fall and The Alienist fame, will direct multiple episodes. Academy Award-nominated producer Simon Kinberg (of The Martian fame) is bankrolling the project. The show budget is estimated to be around $200 million.

Projects
'There will be screaming,' Neill about 'Jurassic World: Dominion'

Meanwhile, Neill, who is known for playing the iconic Dr. Alan Grant in Jurassic Park movies, is returning for Jurassic World: Dominion. "I can't give anything away, but a real-life dinosaur is a compelling thing to someone who has devoted his life to them," he teased. "There will be screaming. We know this." The Chris Pratt adventure-thriller is set for release in June 2022.