If KJo, Ekta Kapoor collaborated, result would be 'Gossip Girl' 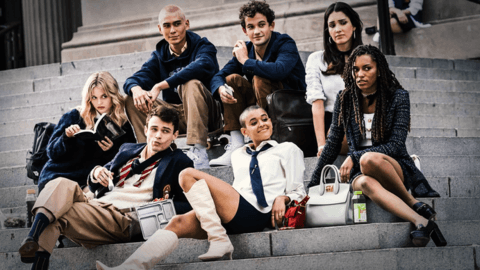 Gossip Girl is returning, and this time, there is a new bunch of rich kids, dealing with juicy scandals. Narrated by the OG Kristen Bell, the trailer promises a modern world of drama, where no secret is safe. From the look of it, the show seems like a cross between Ekta Kapoor and Karan Johar's movies/shows: Sleaze from hers, uber-rich lifestyle portrayal from his.

Except for Bell's "Did you miss me" scene, the trailer lacked the oomph factor of the original. There's certainly more drama, sexual escapades, and fashion, but OG fans might still feel that something is amiss. On the bright side, the reboot offers more diversity and seems to address pressing issues plaguing our generation. Also, Frank Ocean's Super Rich Kids perfectly blends with the trailer.

Story
So what is the 'Gossip Girl' reboot all about?

"Eight years after the original website went dark, a new generation of New York private school teens are introduced to the social surveillance of Gossip Girl," the synopsis reads. It'll center around social media and its perilous impact on gossip-mongering elite kids from Manhattan's Upper East Side. They're obsessed with selfies, high fashion, and everything in between. But how costly will this obsession prove?

Details
Cast, release date, and other details of the show

The new diverse cast members include Thomas Doherty, Whitney Peak, Eli Brown, Jordan Alexander, Savannah Lee Smith, Evan Mock, and Zión Moreno. Joshua Safran, writer and executive producer of the original Gossip Girl, will be the showrunner for the reboot. The highly-awaited show is coming to HBO Max on July 8. There'll be 10 episodes and each is expected to be around an hour.

The show co-creator Josh Schwartz explained why he wasn't too keen on bringing the original cast. "We felt that a version with just our cast grown-up, regardless of the challenges of getting those actors, didn't feel like a group of adults controlled by "gossip girl" made much sense." "Telling that story through a new generation of Upper East Side high school kids felt right."

The original show aired on The CW between 2007-2012. The reboot is set nine years after the original. Gossip Girl elevated the careers of Blake Lively, Leighton Meester, Penn Badgley, and Chace Crawford, and won a whopping 18 Teen Choice Awards. It was so popular that January 26 was declared "Gossip Girl Day" in New York to mark the show's 100th episode.