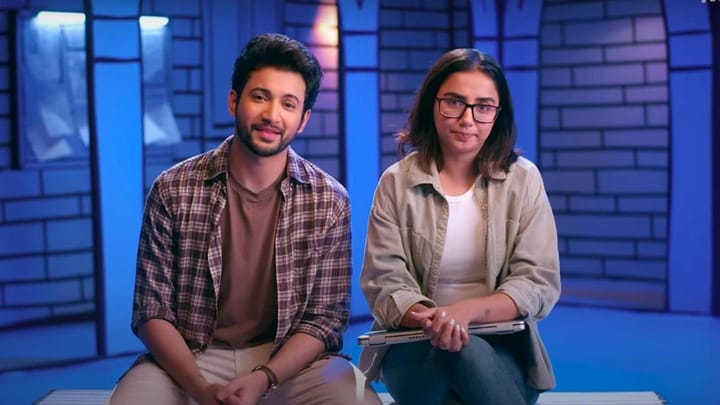 Ahead of the Mismatched Season 2 premiere on October 14, Netflix India has unveiled a brief teaser of the young adult drama, starring Prajakta Koli and Rohit Saraf in the lead. The first season arrived on the OTT giant in 2020 and had six episodes. Opening to favorable reviews, it particularly struck a chord with the youth and was praised for its performances.

Brief clip focused on palpable tension between the duo

In the one-minute-long teaser, titled Cold Coffee Revenge, Dimple and Rishi can be seen on the Aravalli campus walking with their respective friends, while onlookers speak in hushed tones about them. When Rishi and Dimple finally meet, there's visible, awkward tension between the two, where Dimple wishes to "reset everything" while Rishi waltzes in and splashes cold coffee all over her, leaving her shell-shocked.

The season will delve into "new relationships, non-dates, and drama." On Thursday, Khurana announced the show's return and uploaded a brief introductory video. He wrote on social media, "Since December 2020, one question has been posed to me wherever I went, online and offline. Today, finally, we have an answer. Mark your calendars! Mismatched Season 2 drops on 14th October, only on [Netflix]."

WE HAVE A DATE FOR OUR NEXT NON-DATE 🗓️
Mismatched Season 2 arrives on 14th October! ❤️#MismatchedOnNetflix pic.twitter.com/XSbstuSjAT

Know more about the team behind 'Mismatched' Season 2

In the date announcement video, we saw Dimple and Rishi bickering vehemently as their differences escalated in front of their friends and a film crew. The drama also stars Vihaan Samat, Muskkaan Jaferi, Rannvijay Singha, Kritika Bharadwaj, Abhinav Sharma, and Devyani Shorey, among several others. This season, new cast additions include Priya Banerjee, Ahsaas Channa, and Sanjana Sarathy. Ronnie Screwvala has produced the show.