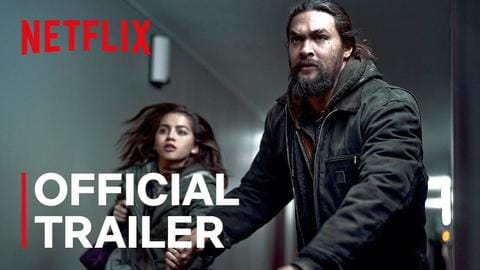 Popularly known as Khal Drogo and Aquaman, actor Jason Momoa is set to appear in a different role in his upcoming film, Sweet Girl. Netflix recently dropped the trailer, which stars Momoa and Isabela Merced in key roles. He plays a devastated husband and a father in the film, which is going to deliver amazing action scenes. Sweet Girl will premiere on August 20.

What is in the trailer?

The trailer begins with Ray Cooper (Momoa) hunted by cops. His life turns upside down when a life-saving drug gets pulled from the market by the pharmaceutical company just before his wife's death. A devastated husband searching for truth lands himself and his daughter Rachel (Merced) in trouble. "If my wife dies, it's your death sentence," says Cooper seeking revenge, while Rachel fights for justice.

Netizens praise the trailer for showing a real villain

Momoa is a versatile actor and has been praised for his performance in the trailer. Netizens also liked Rachel, who just doesn't sit in the corner and portray a daddy's little girl, instead, she takes a stand to fight. Also, the movie doesn't show a made-up villain, but a real one — the pharmaceutical company and its greed that destroyed a happy family.

Look at what netizens have to say

"Yasss finally a movie where daughter is not just sitting there watching her dad go through something dangerous!!! (sic)" wrote a netizen, while another said, "Finally a realistic villain! Big pharma's scarier and responsible for more deaths than any other villain could ever be!"

Momoa is also the producer of this flick

Momoa has 'Aquaman 2' and 'Slumberland' in his pipeline

Sweet Girl is not the only project of Momoa with Netflix. He'll also be seen in another flick, Slumberland, which is a fantasy comedy adventure. He has signed a series with Apple TV+ as well. The hunk will appear in Season 2 of See on August 27, alongside Dave Bautista. His other upcoming movies are sci-fi thriller Dune and the second installment of Aquaman.