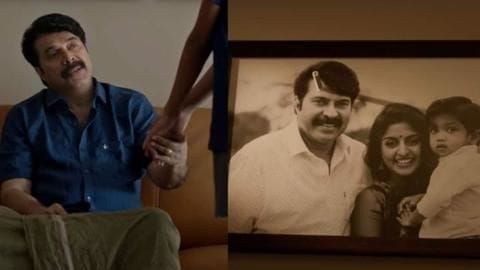 We finally have a teaser for Malayalam superstar Mammootty's much-anticipated upcoming venture Puzhu. As expected from the legend, the 39-second clip multiplies our curiosity about the project. Directed by Ratheena, the film also stars talented actress Parvathy Thiruvothu in the lead, marking her first collaboration with the CBI series actor. Mammootty's son-actor, Dulquer Salmaan's Wayfarer Films is producing the film. Here's a teaser breakdown.

Context
Why does it matter?
Teaser
Mammootty's 'normal' conversation with a child will give you chills

Launched on the first day of 2022, the teaser for Puzhu is in equal amounts creepy and chilling. We see Mammootty speaking to a child: "When we share the things we have with others, it is good. That's how we become good human beings. But there is no need to accept things that they give us in return. Kichu doesn't need it, isn't it?"

Even without anything gory or scary happening on screen, the veteran actor's voice and look make you feel unsettled. The ominous feeling gets cemented when in the next scene, we see Kichu, the boy, shooting Mammootty's face in a photograph with a toy gun. Given the senior star is present in various photo frames in the boy's room, both seem to be related.

Information
He started shooting for 'CBI 5' in December

My guess is Mammootty plays a toxic/abusive father figure in Puzhu. One thing that becomes clear is, we have an eerie thriller in our hands. Apart from Puzhu, the actor has CBI 5 in the pipeline, too, for which he began shooting last month. He will be seen in Lijo Jose Pellissery's Nanpakal Nerathu Mayakkam soon, with Ramya Pandian and Ashokan in the lead.