'Sara's' trailer: Do women have freedom of choice even today? 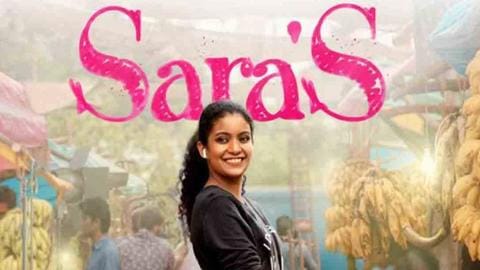 Anna Ben and Sunny Wayne-starrer Sara's is all set to get a direct-to-digital release on July 5. Makers announced the release date while launching the Malayalam comedy's trailer recently. Directed by Jude Anthany Joseph, the movie tackles many conceptions of society on motherhood, marriage, and feminism. As Ben said, it portrays a girl's freedom of choice to give birth in "an entertaining manner."

Trailer
Sara is an AD who doesn't want children

Like many girls in Indian families, Sara (Ben) has also grown up listening to preaching that glorifies pregnancy and correlates a woman's existence with her ability to bear children. Sara is adamant to not have children and wants a partner who has similar views on the matter. An Assistant Director by profession, she is also struggling with pitching her first project.

Brownie points
The music is exceptionally catchy, we get glimpse in trailer

Enter Jeevan (Wayne). Unemployed Jeevan doesn't want kids after babysitting his sister's kids and experiencing the hassle of babycare. It seems Jeevan and Sara are a perfect match, but are things going to be this easy? The second half of the trailer foreshadows some dark clouds. Shaan Rahman's music is super catchy and so are the lyrics. Check out Mele Vinpadavukal and Varavayi Nee!

Information
Serves as a mirror to societal double standards

Sara gets criticized for not adhering to "political correctness," and rebuke of feminism is heard. In one scene a character says, "Where is the song, fight and dance numbers? You don't know the pulse of Malayalam cinema, do you?" as if mocking every commercial movie.

Quote
'It is an entertainer with drama, music, and humor'

Ben had spoken about the film and her character, to The Hindu. "It is an entertainer with drama, music, and humor," the Kumbalangi Nights star said, adding it is "a family-oriented film" and yet thought-provoking. Commenting on shooting Sara's just after the first lockdown, Joseph told TOI it was "fraught with risk" as junior artists had to discard their masks in some scenes.

Crew
Ben will be sharing screen space with father

Apart from the leads, it also stars Benny P Nayarambalam, Mallika Sukumaran, Prasanth Nair, Dhanya Varma, Siddique, Vijayakumar, and Aju Varghese. Notably, screenwriter Nayarambalam is Ben's father, who will be appearing in a significant movie role for the first time. Produced by PK Murali Dharan, cinematography has been handled by Nimish Ravi. Sara's is written by Akshay Hareesh and edited by Riyas K Badhar.