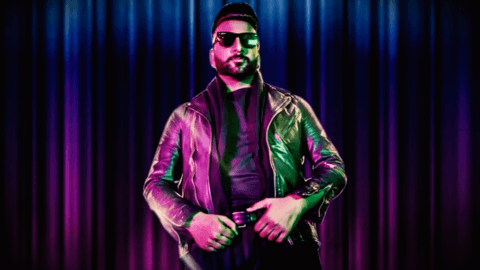 The lyrical video of Shehbaz Badesha's new single Aag Lagi Hai is out now on YouTube. The song has been produced by his sister Shehnaaz Gill, known for her Bigg Boss 13 stint. The song written and sung by Badesha looks heavily inspired by many dance numbers rappers like Badshah, Yo Yo Honey Singh et al have released in the past. Here's our review.

The song, at first, sounds like a complete rip-off of Badshah's Haaye Garmi number from Street Dancer 3D. As it progresses, it becomes apparent that a number of hit songs were first dissected, and then put together to create this song. The beats are foot thumping and might please their fans, but looking at it objectively, it just sounds amateur, hasty and almost plagiarized.

Reaction
Song might succeed by cashing in on Gill's popularity

It seems like those involved in this song simply wanted to cash in on Gill's popularity online. The tweet where she announced the release of this track got 4.9K 'hearts'. The song is inching toward a lakh views, and got 20K Likes, all within hours of its release! Also, comments on the video made it clear that the target audience was impressed (but how!).

Last month, Gill had released Badesha's music video called Little Star, and ruined a beloved nursery rhyme forever. The video, which also starred Arbaaz Khan's girlfriend Giorgia Andriani, has already gained over 4.5 million views within a month of its release. In our review, we wrote, "The lyrics are cringey and too simplistic, while the song is heavily auto-tuned." It again was heavily "inspired."

Profile
But the main question: Who is Shehbaz Badesha?

Badesha's claim to fame became his appearance as a guest on Bigg Boss 13, when he entered the house to meet Gill. Since then, he has made many public appearances, and his social media following increased manifold. He released his first single Dil Tod Gayi last December, which has 1.8+ million views on YouTube. Meanwhile, the music video of Aag Lagi Hai is awaited.