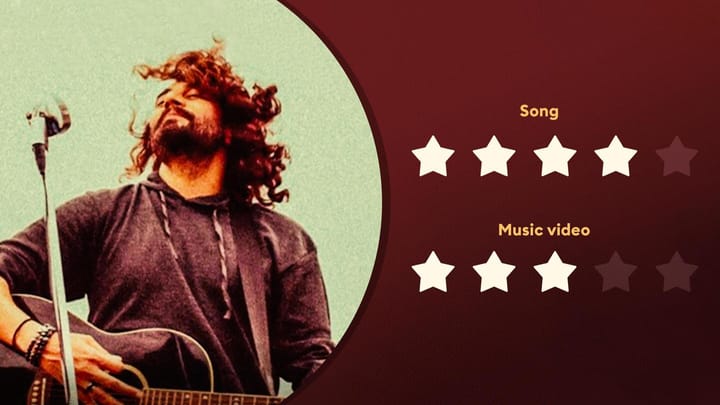 Music director-singer Sheykhar Ravjiani or simply Sheykhar stepped into the domain of non-film pop music with Rang. Released by Sufiscore, the Hindi single is a confession of love, composed to generate calming ease. Sheykhar has both sung and composed the 3:42-minute-long track. The music video seems like an impromptu jam session and is currently available on YouTube. Here's our review.

Lyrics by Priya Saraiya will win you over

When he is not collaborating with Vishal Dadlani, Sheykhar has often lent his voice to Bollywood numbers. Still, his tone is sweet on the ears and worthwhile. However, the winner for me is the lyrics in Brij language by Priya Saraiya. Written from a woman's perspective, the lyrics seem akin to a modern Raas Leela song. Mandolin, accordion, and guitars have been well arranged.

Directed by Ravindra Harishchandra Jadhav, the music video bears the breezy, casual effect of the track. Supporting Sheykhar, who plays guitar and sings the song in the MV, we have Aishwarya Radhakrishnan and Upasana Madan as featuring artists. Posing as musicians, the two soon start dancing and vibing to the song, giving the entire package a jam session feel. It feels relatable and close.

Did you know crew shot MV in record time?

In order to create a relaxing vibe in the video, Jadhav and his team had to shoot the entire thing in record time in order to capture the twilight. Sheykhar revealed earlier, "While composing the song, I could vision a beautiful video set against the iconic location of Colaba during twilight." And they did exactly that, by completing the shoot in 20 minutes!

Don't miss out on the track, MV can be skipped

The use of extreme close-up shots in the clip slightly threw me off and it was better to simply concentrate on the track by shutting my eyes. No storyline is playing out in the clip too, so you may skip that. Verdict: The soulful track gets 4/5, while the MV scores 3. Don't miss out on the track, catch it on any music platform.