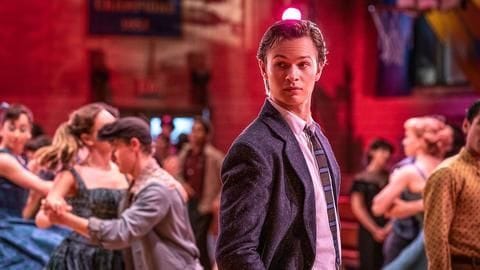 Steven Spielberg fans were treated with the first trailer of his new movie West Side Story, starring Ansel Elgort and Rachel Zegler. The much-awaited trailer aired during the 93rd Academy Awards that took place in Los Angeles: Union Station and Dolby Theatre. West Side Story is expected to release on December 10, after being delayed for a year due to the pandemic.

Details
It is a based on a classic Broadway musical

The upcoming movie is an adaptation of the beloved 1957 Broadway musical West Side Story. The earlier film version, released in 1961, had won 10 Academy Awards including the Best Picture of the year. Spielberg's West Side Story takes us to the late '50s in New York City as it revolves around two street gangs, Jets and the Sharks, mired in love and rivalry.

Cast
Rita Moreno, who starred in the original, is returning

Interview
'I am humbled by the opportunity to play this role'

Recently, newcomer Zegler had revealed that she was chosen from a total of 30,000 applicants for the role of Maria. "I am so thrilled. West Side Story was the first musical I encountered with a Latina lead character. As a Colombian American, I am humbled by the opportunity to play a role that means so much to the Hispanic community," she said.

To recall, Elgort, the lead actor in the upcoming musical, was accused of sexual assault last year. The woman, who identified herself as Gabby, claimed that the The Fault In Our Stars actor sexually assaulted her when she was 17. However, Elgort denied all the allegations and said, "I have never and would never assault anyone," adding that it was a "consensual relationship."