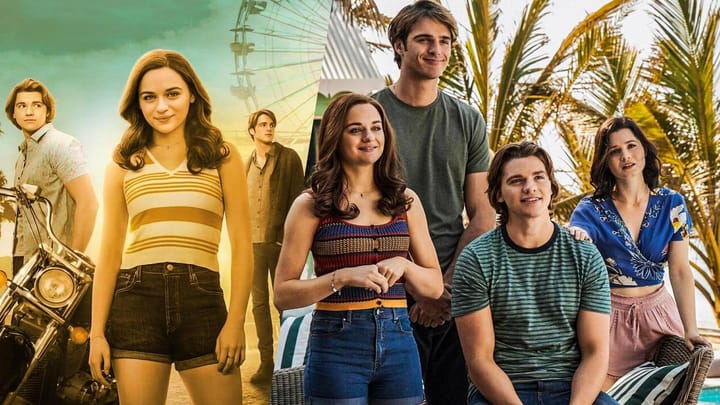 Netflix has finally released the trailer of The Kissing Booth 3. This has made fans overjoyed, as the third and final instalment of the rom-com trilogy was much awaited. In this movie, Elle is set to spend her last summer with her boyfriend Noah and best friend Lee, before heading off to college. The teen romantic drama is slated to premiere on August 11.

The trailer begins with Noah, Elle, Lee and Rachel planning to have an eventful summer at the Flynn family beach house, where Elle and her BFF find their bucket list. While they follow the same, Elle tries to spend time with Noah too. Trouble in paradise begins when Marco enters Elle's life again. Amid all this, she has to take a tough decision.

Harvard or Berkeley: What will Elle choose?

The movie is not all about Elle's romantic life, but also, about her choosing a college. As the trailer shows that she has been selected in Harvard and Berkeley, and now, she has to decide if she will go with Noah to Harvard, or be with her BFF Lee in Berkeley. In the end, she will have to break one heart. But whose?

Directed by Vince Marcello, The Kissing Booth 3 stars Joey King as Elle Evans, Jacob Elordi as Noah Flynn, and Joel Courtney as Lee. Meganne Young will reprise Rachel's character, while Taylor Perez will also return as Marco. Molly Ringwald and Maisie Richardson-Sellers will appear in the film as well. The trailer video on YouTube has surpassed 1 million in less than 24 hours.

The first twe movies were based on Beth Reekles's novels

While the first two installments were derived from the novels by author Beth Reekles, the upcoming movie has no source yet. Reekles will release her final book, The Kissing Booth 3: One Last Time, along with the movie. She wrote on Instagram that she worked "closely with Netflix for TKB3," and "it's gonna be totally awesome. I really hope you guys love it, too."