'The Married Woman' teaser, starring Ridhi and Monica Dogra, out 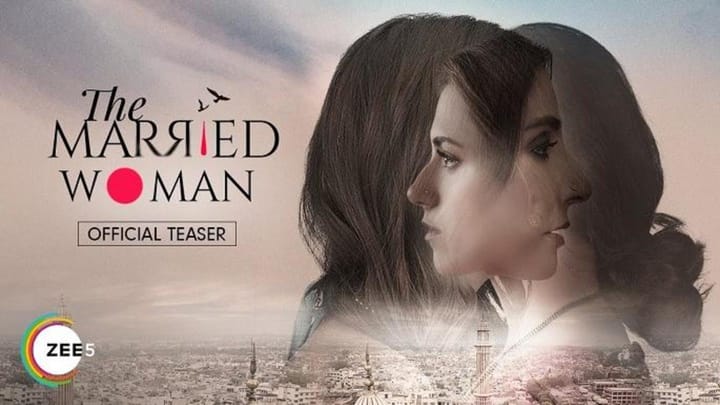 The teaser of Ekta Kapoor's much-awaited show The Married Woman, has been released. The show will start streaming on OTT platforms ZEE5 and ALTBalaji from March 8, 2021, which marks the occasion of International Women's Day. The show is based on Manju Kapur's book by the same name, and tells the story of a woman looking to give meaning to her life. Here's more.

The teaser sets the mood for a great story

The teaser begins with glimpses of Ridhi's character going about her life. While at first, all looks hunky-dory but as the teaser progresses, it appears otherwise. One can see that her character Aastha feels lost and is looking for something to make her feel alive. Along comes Monica Dogra's Peeplika, an artist, who makes Aastha feel things she never felt before.

A story about the search for oneself

The Married Woman tells the story of Aastha, a middle-class woman from Delhi, with a loving husband and a regular life, who starts feeling differently after she meets Peeplika, which sets into motion an unexpected and unconventional relationship. Kapur's book is set against the backdrop of the Babri Masjid demolition of 1992, and the political and religious turmoil that followed.

The show was delayed due to the pandemic

The show was announced in 2020 but it got delayed due to the coronavirus pandemic. Alongside Ridhi and Monica, the show also stars Suhaas Ahuja, Divya Seth, Imaad Shah, and Samridhi Dewan. The trailer of the series will be out on February 13. The first teaser of the show came out in January last year, and it talked about "connections beyond sexuality."

Show marks return to digital screens for Ridhi and Monica

A known face on television with roles in shows like Maryaada: Lekin Kab Tak?, Ridhi made her digital debut with Voot Select's crime thriller series Asur (2020). She played the role of forensic expert Nusrat Saeed in that show. Meanwhile, Monica was last seen in the Netflix movie What Are The Odds, also starring Abhay Deol.