'The Tomorrow War' trailer: A time-traveling soldier takes on aliens 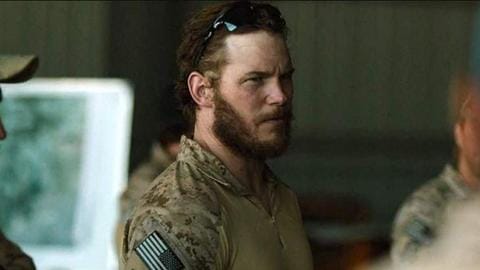 Chris Pratt is back, and this time as a time-traveling soldier. His next, The Tomorrow War, is a sci-fi magnum opus that is set to hit Amazon Prime Video on July 2. Fans were recently treated with its official trailer, and must say, it felt relieving to see Pratt take a break from his Guardians of the Galaxy and Jurassic World image.

Information
Breakdown: Pratt brings in laughter, even in a sci-fi movie

The trailer has all the ingredients to prove that the movie could become a blockbuster. It has Pratt doing his usual comedy, family drama, an apocalyptic setting, and of course, lots of high-octane action. We see his life change upside down when he gets drafted into the future. And the future looks quite bleak with chaos, cities destroyed, and aliens taking over the world.

While the entire narrative is around an alien apocalypse, the trailer reveals those otherworldly species in just a blink-and-miss shot at the end. Going by the trailer, The Tomorrow War is an edge-of-the-seat thriller about a man on a mission to save the world. If you enjoy aliens, time travel, and blazing guns, this Pratt-led sci-fi flick is right up your alley.

Storyline
What is the film all about?

The Tomorrow War takes place 30 years into the future, where scientists have managed to send humans from the present to fight the malignant alien species. The fate of humanity lies on the shoulders of these time-traveling soldiers. Pratt, who plays a teacher and a former military, takes on the enemy, while leaving behind his wife and daughter. But, can he save the world?

Details
Cast, release and other details of the film

Apart from Pratt, the movie has a stellar cast that includes Yvonne Strahovski, Betty Gilpin, Seychelle Gabriel, Sam Richardson, and JK Simmons. The Tomorrow War is directed by Chris McKay (of The Lego Movie fame). The film was initially set for theatrical release on July 23. However, due to the ongoing pandemic, the highly-anticipated thriller is now releasing directly on Amazon Prime Video.

Trivia
Interesting facts about 'The Tomorrow War' you may not know

Amazon had reportedly acquired the sci-fi thriller in a massive $200 million deal. Pratt becomes an executive producer for the first time in his career with this film. Gabriel had earlier starred on Falling Skies, a TV show that also featured a war between humans and aliens. The movie was initially titled Ghost Draft. However, Pratt renamed it because it was 'problematic.'