'The Tragedy of Macbeth' teaser drops, OTT premiere in January 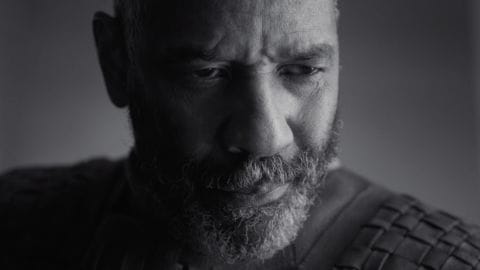 Joel Coen's retelling of the Shakespearean tragedy Macbeth, titled The Tragedy of Macbeth, is here. Apple TV+ and A24 dropped the first teaser for their black and white film recently. High tension music followed by an eerie feel shrouds the entire production. Denzel Washington will portray the character of Macbeth, while Frances McDormand is Lady Macbeth. Here's a breakdown of the teaser.

The teaser opens with three birds circling in the sky as Macbeth and Banquo (Bertie Carvel) come back victorious from a war. Those who have read the play would know the significance of the number three here and soon we meet the three witches, who sort of lead to Macbeth's downfall. In sweeping shots, Lady Macbeth, King Duncan (Brendan Gleeson), and others are introduced.

The Academy Award-winning director brings the camera too close, uses echoing prophecy to set the mood, and the hue selected for the delivery only enhances the uneasiness associated with the tale. Washington embodies the intricacy of the Scottish General's mind brilliantly. His simple smirk at finding the king's crown comes across as amazing. I can't wait to see what's in store for us.

By the looks of the teaser, Coen is sticking to the base material for the overall aspects of the production. However, one significant tweak is the age of the lead couple. Both Macbeth and Lady Macbeth seem significantly older than usual adaptations. And, McDormand has addressed this issue in an Instagram Live before. She had said this change was a deliberate choice.

Quote
Their age 'puts pressure on their ambition to have crown'

"In Joel's adaptation...both Denzel and I are older than what is often cast as the Macbeths. We're postmenopausal, we're past childbearing age. So that puts a pressure on their ambition to have the crown," the Nomadland actress had said.

Information
It will get theatrical release on Christmas Day

By definition, the tale is dark and gruesome; and the violence rating at the end of the teaser shows Coen will go the literal bloody way than the psychological one. Also, this is the first time, Coen is helming a project solo, without brother Ethan Coen. The Tragedy of Macbeth will release theatrically on December 25 and drop on Apple TV+ on January 14.