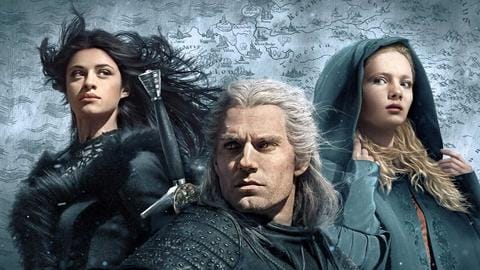 A different "winter is coming" this year! Netflix finally announced the release date of Henry Cavill's The Witcher Season 2, which is set to be snowy. The first teaser trailer of the second season—premiering on December 17—has been released. It focuses on Geralt of Rivia (Cavill) and Princess Ciri's (Freya Allan) bond and their journey to Kaer Morhen. It will also see new faces.

Over two years after opening the writers room for S2, IT'S REALLY HAPPENING! I can't wait. ❤️ pic.twitter.com/sz5Xl7xWDt

Geralt is back to the School of the Wolf in Kaer Morhen with Ciri, expecting to keep her safe there. In the trailer, he asks the princess to follow his lead to stay alive, saying if he tells her to run or hide, she should do so. From their costumes to the school's entry/rooms—everything gives a major Game of Thrones vibe, especially of Winterfell.

Details
Yennefer is not dead!

The first season ended with Yennefer (Anya Chalotra) harnessing fire to kill Nilfgaard armies but later disappears. Since then, fans have been worried about whether they'll get to see their favorite character in the upcoming season. Good news! She's back. At the end of the second season trailer, we see a bleary-eyed Yennefer waking up somewhere else. Will she and Geralt reunite? Hopefully, yes.

The Witcher was released in December 2019 with eight episodes; the upcoming season will also have the same number of episodes. Netflix also released titles of seven episodes, hinting at what to expect from S02. A Grain of Truth, Kaer Morhen, What Is Lost, Redanian Intelligence, Turn Your Back, Dear Friend, and Voleth Meir are the titles. The eighth one might be the finale.

The Witcher—based on a fantasy series by Polish author Andrzej Sapkowski—is about a world where gnomes, magic, elves, and monsters exist. Created by Lauren Schmidt Hissrich, the first season turned out to be a big hit. In 2020, Cavill told Variety that the series will see uncertain deaths, similar to GOT. Will The Witcher Season 2 kill fans' favorite characters? Only time will tell.