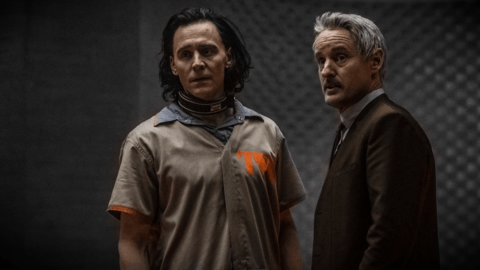 The trickster god of Asgard is back! Marvel dropped a new trailer for Loki recently. In the new series, we will (finally) see The God of Mischief stepping out of his brother Thor's shadow. The show will be streaming on Disney+ from June 11. This will be Marvel's third spin-off series this year after WandaVision and the ongoing The Falcon and the Winter Soldier.

Cast
Tom Hiddleston is reprising his role of Loki

The series will see Tom Hiddleston returning as Loki, a character he, quite literally, owns. The British actor will be joined by Owen Wilson as Mobius M. Mobius, Gugu Mbatha-Raw as Ravonna Lexus Renslayer, Sophia Di Martino, Wunmi Mosaku, and Richard E. Grant. Its first season will be a six-episode run directed by Kate Herron, with each episode around 40-50 minutes in runtime.

Multiverse
The series will introduce the Time Variance Authority (TVA)

The organization responsible for overseeing the multiverse called the Time Variance Authority (TVA) will be introduced in the show. Many mind-bending time travel shenanigans are expected just like the 2019 film Avengers: Endgame. Wilson is introduced to the MCU as the charmingly devilish Mobius, who along with Loki (Hiddleston), will try and correct the timeline disturbed while using the Tesseract throughout The Infinity Saga.

Connection
'Loki' will tie into the upcoming 'Doctor Strange' film

According to Marvel Studios' President Kevin Feige, the Loki series will tie into the MCU Phase Four film, Doctor Strange in the Multiverse of Madness, slated for release next year. The show has been previously delayed due to pandemic restrictions. The development for its second season has already started, and it is scheduled to begin filming in January 2022, under the working title, Architect.

The first two TV series in Phase Four of the MCU have been received well by both fans and critics. WandaVision was praised for its sitcom settings, dark tonal shifts, and the performances of Elizabeth Olsen and Paul Bettany. Falcon and the Winter Soldier is being loved for its globetrotting intrigue, mature social commentary, and the rapport between stars Anthony Mackie and Sebastian Stan.