We finally get the gritty trailer of Venkatesh's 'Drushyam 2' 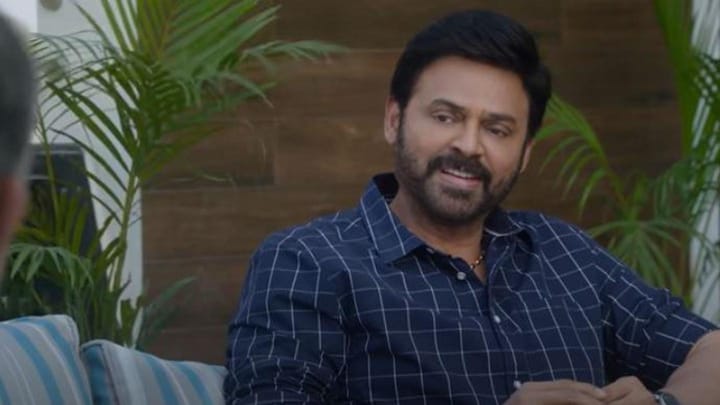 Drushyam 2, the Telugu version of Mollywood megahit Drishyam 2, featuring Venkatesh Daggubati and Meena in the lead roles, has finally got a trailer. From the looks of it, one can conclude that this sequel will be a shot to shot remake of the Mohanlal-starrer. The film will get a direct release on the OTT platform Amazon Prime Video on November 25. Here's more.

Trailer is a perfect package, first film's visuals seen too

The trailer gives us glimpses of several aspects of the film, hinting at the film's thrilling plot. For example, it shows us scenes of intense police interrogations, Daggubati and Meena's casual interactions, a clip from the first installment, and so on. Looking at the trailer, it would not be wrong to say that the remake will meet up the fans' anticipation.

Drushyam's first part was directed by Sripriya. However, for unknown reasons, she wasn't retained to helm the second part. Jeethu Joseph, who directed both versions of the Malayalam film, was brought aboard for Drushyam 2. To note, the first installment's Tamil version, titled Papanaasam, was also directed by him. Supporting stars, including Meena, Kruthika, Esther Anil, and Nadhiya, were retained from Drushyam though.

What will happen to Rambabu and his family now?

Drushyam 2 will trace the life of Rambabu (Daggubati) as he lives in hiding along with his family after the murder of his daughter's abuser, whose body is never found, thus he has been listed "missing." The sequel will have the case being dug up again to solve this mystery. Meanwhile, Joseph and Lalettan have confirmed that the film's third part is being made.