Google 'smart' jacket is here but who's actually buying it? 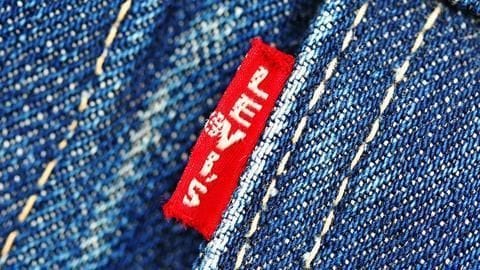 It all falls into place - smartphones, smartwatches, smartglasses and now keeping up with the trend: a smart jacket. Google kick-started work on "project jacquard" way back in 2015 with the objective of developing this technology. Now, in partnership with Levi's, it's launching the 'Commuter Trucker Jacket' priced at $350 (approximately Rs. 22,870). However, the question is should one buy it? Let's find out.

ATAP
What is it all about?

This "connected" jean jacket was designed, keeping regular commuters in mind and it has multi-touch sensors weaved into it. It's based on the know-how of Google's Advanced Technology and Projects group (ATAP). In the previous year's I/O developer conference, Google showed how the wearer can just touch the jacket's cuff and perform several functions, which otherwise would require him/her to pull out the phone.

Snap tag
So, how does it work?

This involves functions, such as taking care of messages and calls, volume controlling, starting or stopping the music, accessing the Google Maps and more. All this is made possible due to the gesture-sensing sensors aka Jacquard Threads. They wirelessly carry instructions to the wearer's mobile phone, making use of the tiny electronics that are implanted inside the sleeve in a flexible snap tag.

This tag also makes the wearer aware of incoming calls and texts via haptic feedback and light. One can customize the gestures, which are supposed to initiate these activities via the mobile app. The jacket works both with iOS and Android devices. However, reading the fine prints on Levi's site makes you think that this jacket has a lot to overcome.

To run this jacket you'd need your device to run Android 6.0.1 or newer and for iOS, "you need an iPhone 6 or newer running iOS 10 or newer." Then comes the kicker, "Features vary between iOS and Android." Although the jacket is washable when you take off the Jacquard snap tag, it's been "designed to withstand up to 10 washes." That's a bummer.

Google
It's supposed to be a final product

Google is also in a learning mode. One spokesperson said, "What's next is right now - we're going to listen to feedback. From those learnings, we have the opportunity to evolve abilities within the jacket since Jacquard is a platform and to consider the next version of the jacket, or other items." That doesn't inspire confidence in someone, who plans to buy this jacket.

Verdict
We are watching you Google

We all remember what happened with Google Glass. This jacket will, probably, be more of a boutique item than a mainstay at this point of time. First, the technology is untested and second, the wash cycle is awry because normal jackets don't go kaput after just 10 washes. Also, fitness trackers and smart bands already perform some of these functions at a cheaper price.