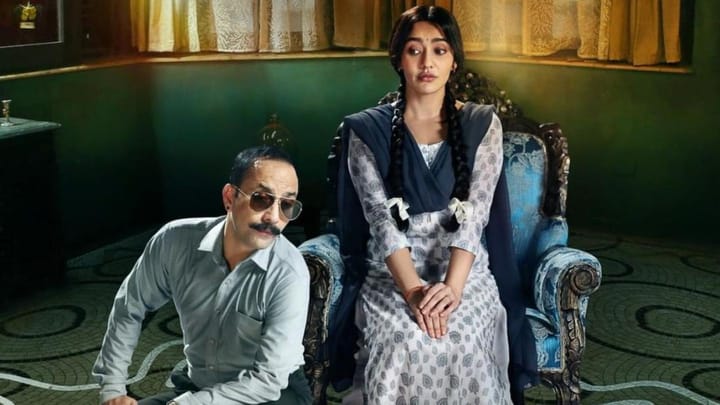 ZEE5 dropped the trailer for its next original, titled Aafat-E-Ishq recently. Starring Neha Sharma in the lead, the Indrajit Nattoji directorial looks like a fun ride, including elements of deceiving identities, murders, and courtship. The perplexity of whodunnit mixed with a piece of quirky background music promises an intriguing dark comedy. It releases on October 29. Here's a breakdown of the trailer.

Lallo goes on dates but her dates end up dead

Sharma plays Lallo, a shy and reserved young woman who wishes to find her soulmate. One of her friends suggests she try a dating app, after which she goes on several dates with a variety of weird men. Suspiciously enough all of her prospective suitors die in various weird ways, making her the prime suspect. Lallo maintains she is innocent. But is she though?

Folklore of a fox-girl who was cursed also finds mention

Apart from the murder angle, we also have folklore about a fox-girl and Laal Pari playing in the background here. It will be interesting to see whether the makers present a social commentary on the conception of women being targeted as evil and cursed in our society under the cover of comedy. Or, we might simply get a subversion of such folklore.

It is official remake of Hungarian hit 'Liza, the Fox-Fairy'

Notably, the film is the official remake of Liza, the Fox-Fairy, a 2015 Hungarian movie that received global acclaim. Aside from Sharma, Namit Das, Deepak Dobriyal, Amit Sial, and Ila Arun will be seen in pivotal roles. Speaking about the dark comedy, the director said it was "a reboot with some new twists, eclectic original music, and quirky small-town Indian characters."

'Hum Do Hamare Do,' 'Dybbuk' are releasing on same day

Sharma said playing Lallo was "acting 101" as the role was "one of the most satisfying characters" she has ever played. But will the quirk factor help ZEE5 beat competitors in the digital war? Notably, October 29 is a busy date, with multiple releases lined up. Emraan Hashmi's Dybbuk and Rajkummar Rao, Kriti Sanon-starrer Hum Do Hamare Do are some of its top contenders.