Home / News / Entertainment News / Could you spot Huma in 'Army of the Dead' trailer?
Entertainment

Could you spot Huma in 'Army of the Dead' trailer? 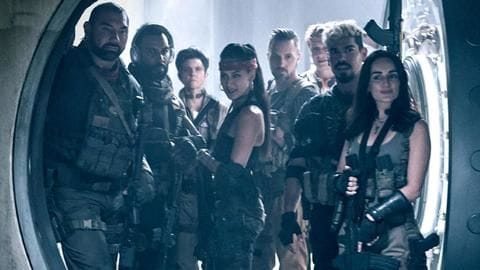 Huma Qureshi is the latest Indian actor to debut in Hollywood with Zack Snyder's zombie heist venture, Army of the Dead. The makers of the Dave Bautista-starrer dropped the trailer recently and only those with keen eyes can spot Qureshi in the clip. Though her appearance lasts barely a second, the actress said she is "super proud" of this association, on social media.

Tweet
'Super proud to be a small part of this'

Taking to her social media handle, the Badlapur actress wrote that she was "super proud" for having been part of the "Snyder zombie universe". She shared the director's tweet and said, "Super proud to be a small part of this genius man's vision @ZackSnyder always a fan and friend forever (sic)." Several industry friends relayed their wishes and greetings in the comments.

Super proud to be a small part of this genius man’s vision @ZackSnyder always a fan and friend forever ❤️ https://t.co/Pan4QyJTBM

Actors Bhumi Pednekar, Akansha Ranjan Kapoor, Hiten Tejwani, and filmmaker Farah Khan were among many others to have showered Qureshi with congratulatory messages. Now coming to the trailer, we see the Kaala actress for just an instant toward the end of the three-minute-long clip and one might not recognize her, if not careful. As per reports, her character has been named Geeta.

Film
Snyder returns to the world of zombies after 17 years

Meanwhile, Army of the Dead marks Snyder's return to the world of zombies after Dawn of the Dead (2004). This present venture will see Bautista (Scott Ward) lead a group of expert zombie warriors to raid an infested location in Las Vegas to retrieve $200mn. Qureshi, who looks human, must be one of the survivors. The Netflix movie will premiere on May 21.