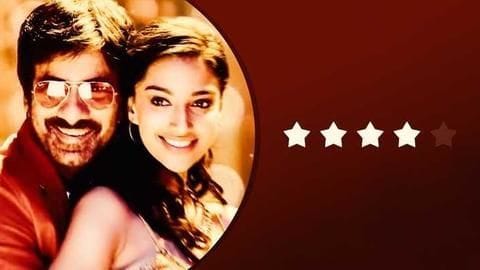 For nearly a couple of years, Tollywood songs are mostly on the side of mass appeal or romance. And, 2019's Butta Bomma from Ala Vaikunthapurramuloo was a track that remained unsurpassed, till now. Now, makers of Ravi Teja's film Khiladi recently released a song Atta Sudake composed by Devi Sri Prasad (DSP), and it looks like we have a winner! Here's our review.

Music
Song is high on sound effects with a consistent beat

The song grows on you right from the start with the actors Teja and Meenakshi Chaudhary setting the dance floor on fire. The tune then settles into a straightforward beat that continues throughout the track. Through it all, Atta Sudake is built almost entirely on SFX (sound effects). This approach makes the song more enjoyable and adds a dash of party element.

Vocals
Everything about the track has party written on it

Vocals are Atta Sudake's biggest asset. DSP and Sameera Bharadwaj's voices come together to deliver a groovy number that sounds carefree in an exciting way, making it memorable right from the first listen. Lyrics by Shree Mani perfectly blend with the song's overall theme. In other words, Atta Sudake has the kind of punch that would make it a must-have party number.

Video
Too many effects induced in the video make it gaudy

The addition of flashy colors made us feel as if we are watching it through a kaleidoscope. If you go till the end, you will probably get a migraine. But if you are someone who loves funky colors and glitzy visuals, this is for you. Objectification of the female star in the song remains and is a whole different topic parked for another day.

Verdict
'Atta Sudake' has the potential to become an internet sensation

On the whole, though we have several sensational Tollywood songs like RRR's Naatu Naatu and Pushpa's Aye Bidda, Khiladi's Atta Sudake is an addictive number that you will play on loop if you catch the vibe. Verdict: Song bags 4 stars out of 5. Meanwhile, Khiladi has been helmed by director Ramesh Varma. The film will hit the big screens on February 11, 2022.