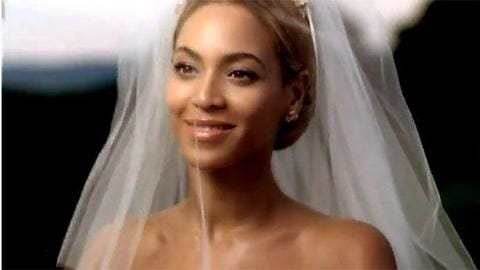 There's a reason why Beyonce is fondly known as Queen B. While the multiple Grammy Award-winning artist has an astounding number of chart-topping hits, Best Thing I Never Had has a special place in our hearts. Its music video, which shows the icon preparing for a wedding ceremony, has garnered over 37cr views on YouTube. In its 10th year, let's relive the classic track.

Sucks to be you, Beyonce breaks up in style

While it might remind fans of her 2006 hit Irreplaceable, Best Thing I Never Had is much more powerful and intense. When her partner cheats on her, she dumps him, admitting that she no longer needs him, everything in style. "And I'm gon' always be the best thing you never had/I bet it sucks to be you right now," came her sassy reply.

What inspired 'Best Thing I Never Had'? she reveals

The video gave many girls the strength to walk out of a toxic relationship, but the actual conceptualization wasn't even that. "I wanted to reenact a prom. I never got to go to my prom. I remember that awkward stage and usually you're attracted to the person that is not really thinking about you," the crooner had said about how the idea was hatched.

'The guy is flirting with everybody, you're sitting there shy'

"The guy is kinda flirting with everybody else and you're sitting there shy and uncomfortable. I was that way when I was a teenager. [...] I never went to my prom, so now I get to have a prom, but my prom sucks," she added.

Her wedding dress in the video had stunning Swarovski crystals

Looks like Beyonce wanted the video to focus solely on the theme of prom, as it also featured faux footage of her young version at her 1998 high school prom. Her wedding dress in the music video was designed as per a gown she had spotted in a shop window when she was attending Grammys once. The exquisite gown comes with stunning Swarovski crystals.

Her tiara, a necklace initially, was designed by Lorraine Schwartz

Her tiara, which was a necklace initially, was designed by Lorraine Schwartz, who also creates jewelries for Blake Lively and Kim Kardashian. Iconic fashion designer Vera Wang had designed Beyonce's ivory draped V-neck dress. And she "felt like a queen." Can we add "looked" too?

Filming music video was more chaotic than her own wedding

The setting of the video gave the performer a chance to relive her dream wedding, but she said filming was a lot more chaotic than her own ceremony to rapper Jay-Z, with whom she shares three children: Blue Ivy, and twins Sir and Rumi Carter. "This may have been a little more crazy, actually," she noted. "I had to sing at the same time!"