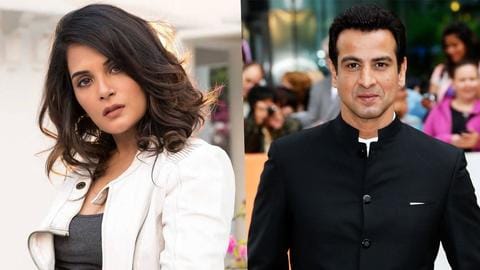 Voot dropped the trailer for Richa Chadha and Ronit Bose Roy's upcoming murder mystery Candy recently. While Chadha plays a police officer, Bose Roy's character is a teacher. The rest of the primary cast includes Nakul Roshan Sahdev and Gopal Datt Tiwari. Ashish R Shukla's web series will be streamed on Voot Select from September 8. Here is a breakdown of the trailer.

A school boy gets killed, a monster is suspected

The 2.19-minute-long clip opens with the ghastly murder of a schoolboy, Mehul Awasthi in a fictional hilly town called Rudrakund. The local police suspect it's the work of a monster, Masaan. But Awasthi's mentor (played by Bose Roy) and DSP Ratna Sankhawar (Chadha) aren't convinced and are poised to get to the bottom of the case. Then enters the role of candies.

The plot seems too close to one seen in 'Riverdale'

We get to know that some people are spreading drugs among the students by introducing them to candies. But this crime has a horror perspective. As one of Awasthi's classmates explains, those who eat the candies and go into the forest, Masaan kills them. Those who have seen Riverdale will immediately find links to the Gryphons and Gargoyles storyline.

Motifs of "humans are the biggest monsters" and "everyone has a secret" are also shown in the trailer. Now it remains to be seen how makers wrap up the story. Also, the nod to Chadha by naming the monster Masaan, which is also one of her most acclaimed works, is a good touch. Produced by Optimystix Entertainment, Candy is only available with Voot Select.

'Stay tuned as the series will unwrap the sin'

Earlier, the Fukrey actress said she was excited to play "a badass policewoman." She added, "With Candy, it's yet another opportunity to play a distinct character of a cop with a vivid character sketch." Separately, the Udaan actor noted, "This is the first time I've had the chance to play such a layered character. Stay tuned as the series will unwrap the sin."

2022 Yamaha FZ-S, with cosmetic updates, to be launched soon

The Ashes: England's assistant coach Thorpe to lead the side

5 lakh teens register to get COVID-19 vaccines from tomorrow

'Inside Edge 3' trailer: This time the game gets personal

'Fukrey 3' to begin filming by end of this year

Will Ajay Devgn be producing a Pratik Gandhi-starrer web series?