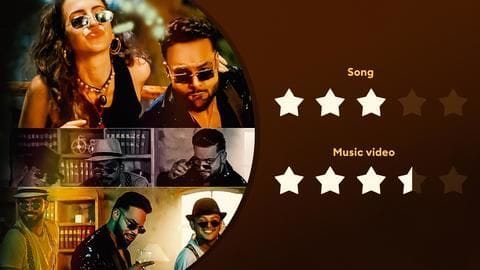 Zee Music Company released a new Punjabi track on their official YouTube Channel yesterday. Titled Cheat, the song features singers Indeep Bakshi and Kay J in the lead. The tune of this number as well as the visuals have a young vibe to it. However, the short foot-tapping track will get over even before you realize it. Here's our review of the song.

Track is jazzy, voices of singers complement the track

Composed by Bakshi, the track has a fresh feel to it. It looks like it has been made keeping the young generation in mind. Voices of Bakshi and Kay J complement the peppy composition. Even the lyrics sound simple, but you need to listen to the track many times to understand their meaning. And, you would also notice drums playing in the background often.

The visuals look appealing with a simple choreography

Bakshi looks stunning in the video in a pink outfit during the first line of the song. Presenting the lead in such a way is a welcoming change. He is joined by Kay J later. The makers have kept the visuals simple with not too many background dancers. The styling of the artists has been done keeping the millennials in mind.

Do you remember Nachangeh Saari Raat track from the album Stereo Nation? The song that came 21 years ago is still liked by indie-pop lovers. Crooned by Tarsame Singh Saini, also known as Taz Stereo Nation, the track was uploaded only this year on social media and instantly garnered 1.5 million views. Wondering what took them so long? Anyway, Cheat has a similar vibe.

A highly energetic number, deserves to be in your playlist

There is a possibility that you might start moving your head while watching the video. The audio and the visuals sync with each other, making this track a must-have in your playlist. It already has half a million views on YouTube and is slowly on the verge of getting popular. Verdict: The song and the visuals get 3 and 3.5 stars, respectively.

'The Northman' trailer: Of Vikings, violence, revenge and mysticism