Home / News / Entertainment News / Was offered a role in 'Avatar,' but I rejected: Govinda
Entertainment

Was offered a role in 'Avatar,' but I rejected: Govinda 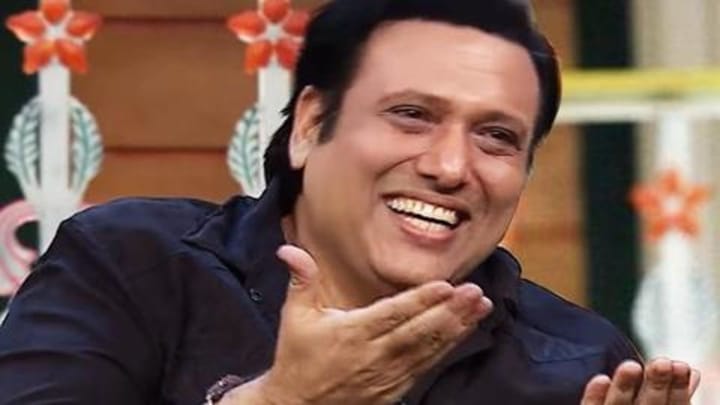 Has Govinda become delusional or is he trying to steal the limelight? Recently the 90s superstar claimed that he was offered a role in James Cameron's magnum opus, Avatar, but he turned it down since he had objection to have his body painted. Also, he couldn't afford to allot 410 days to shoot for the film. Govinda made this claim on Aap Ki Adalat.

But first, what is 'Aap Ki Adalat'?

Aap Ki Adalat is hosted by popular anchor Rajat Sharma, editor-in-chief of India TV. It has a setting of a courtroom, and like it happens in real courts, in this too, guests are made to sit in a witness box, with Rajat acting as the lawyer and another guest serving as the judge. Like lawyers do, Rajat also shoots questions, and discussions follow.

"It was me who had given title of the movie"

So back to the Govinda episode, where he revealed that though he rejected the role in Avatar, it was he who had suggested the film's title. "It was me who had given the title of the movie. I had told (James Cameron) that your film will run successfully in cinemas. I also added that your film will take at least seven years to complete."

"That infuriated him! (laughs). He asked, how can you be so sure, I told him that what he was imagining something almost impossible," the 55-year-old said. When asked why he rejected the role, he said, "He wanted me to shoot for 410 days. For someone like me, to get painted all over the body was something I could not do. So, I apologized."

'Avengers: Endgame' dethroned 'Avatar' to become highest-grosser of all time

In case you are confused, Avatar is the same movie that was the highest grossing movie for a decade, before being dethroned by Avengers: Endgame just recently. It also won three Oscars: Best Art Direction, Best Cinematography and Best Visual Effects.

Govinda did do one 'Avatar', but three years after Cameron's

Earlier this year, Cameron had said Avatar's Jake Sully was offered to stars like Chris Evans and Channing Tatum, but Sam Worthington grabbed the role because of the "intensity" of his voice. He never once mentioned Govinda's name. Govinda however did one Avatar, in 2012, three years after Cameron's blockbuster, which never got released. It was directed by Pahlaj Nihalani, and co-starred Sunny Deol.

One netizen points out Govinda in his 'Avatar' expression

#Govinda showing off his expression for #Avatar movie. pic.twitter.com/nfhPHLt3H5

Body paint: No, but posing in shiny, crazy costume: Yes

Govinda refuses Avatar because of no body paint policy but had no problem dressing up like this. 🤔 pic.twitter.com/rvGLrWuIkN

Could have done Chunnilal had SRK requested me to: Govinda

There are also other movies that Govinda rejected, which went on to become blockbusters. Citing some, he said that he turned down Chunnilal of Devdas because he couldn't connect to the character, but would have done had Shah Rukh Khan requested him to as a friend. He also refused to do Taal as he wanted Subhash Ghai to change its title.

Govinda turned down 'Gadar' because of the script's explicit language

Rishi Kapoor's role in Yash Chopra's Chandni was apparently first offered to Govinda, but he turned it down as he was unsure if having a wheelchair-bound protagonist would work. Another super-duper hit film that he declined to do was Sunny Deol-Ameesha Patel starrer Gadar, and the reason was the script's explicit language. Apart from this, Govinda also talked about his fallout with David Dhawan.

When Govinda decided to never work with David again

David-Govinda did 17 films, but parted ways in 2017. Recalling it, he said, "Once I asked my secretary to keep phone's speaker on, and I heard David telling my secretary to ask me to do small roles. I decided never to work with him. After 4-5 months, I asked him to give me a cameo in his film. He never called me back."