Fahadh Faasil's 'Joji' to release on Amazon Prime; teaser out 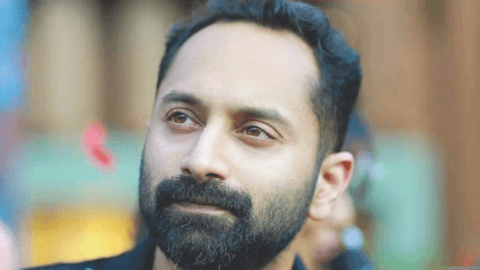 Amazon Prime Video, in a surprise for the audiences, has announced that Fahadh Faasil's Malayalam crime-thriller Joji will directly release on its platform. The film will start airing from April 7. The streaming giant took to social media on Wednesday to make the announcement. The makers also released a new teaser for the film, which is directed by Dileesh Pothan. Here's more about it.

Teaser
The teaser is cryptic; doesn't reveal much

The teaser shows Faasil's Joji as a loner, who is looking to kill time. We see him sitting by the well, trying to catch a fish but has no luck for days. But one fine day, he catches something big. Big enough that it almost pulls him in the water. However, it has not been revealed what Joji gets his hands on.

Movie
'Joji' is a modern-day retelling of Shakespeare's 'Macbeth'

The movie is touted to be a modern-day retelling of Shakespearean tragedy, Macbeth. The official synopsis says that Joji, an engineering dropout, belongs to a rich plantation family. He harbors the dream of becoming an affluent NRI but his father thinks he is a loser. "Driven by greed and blind ambition, Joji finally decides to execute his plans," a part of it reads.

Quote
Lead actor tells why he agreed to the role

When asked the reason that prompted him to choose this project, Faasil said that the moment he learned about the character, he wanted to be a part of it. "I love to watch movies with unconventional plot twists, and Joji definitely packs in some surprises," he added. The actor-producer also said that the character has "an edge" to it that made it appealing.

Work
Faasil has many other projects in the pipeline

Apart from Joji, the actor has many projects in the pipeline, some of which will be OTT releases. His Malayalam crime-thriller Irul is ready to release on Netflix on April 2. The trailer has earned rave reviews. His political thriller Malik will also get an OTT release, reportedly in May. The film is produced by Anto Joseph. He will also make Telugu debut soon.