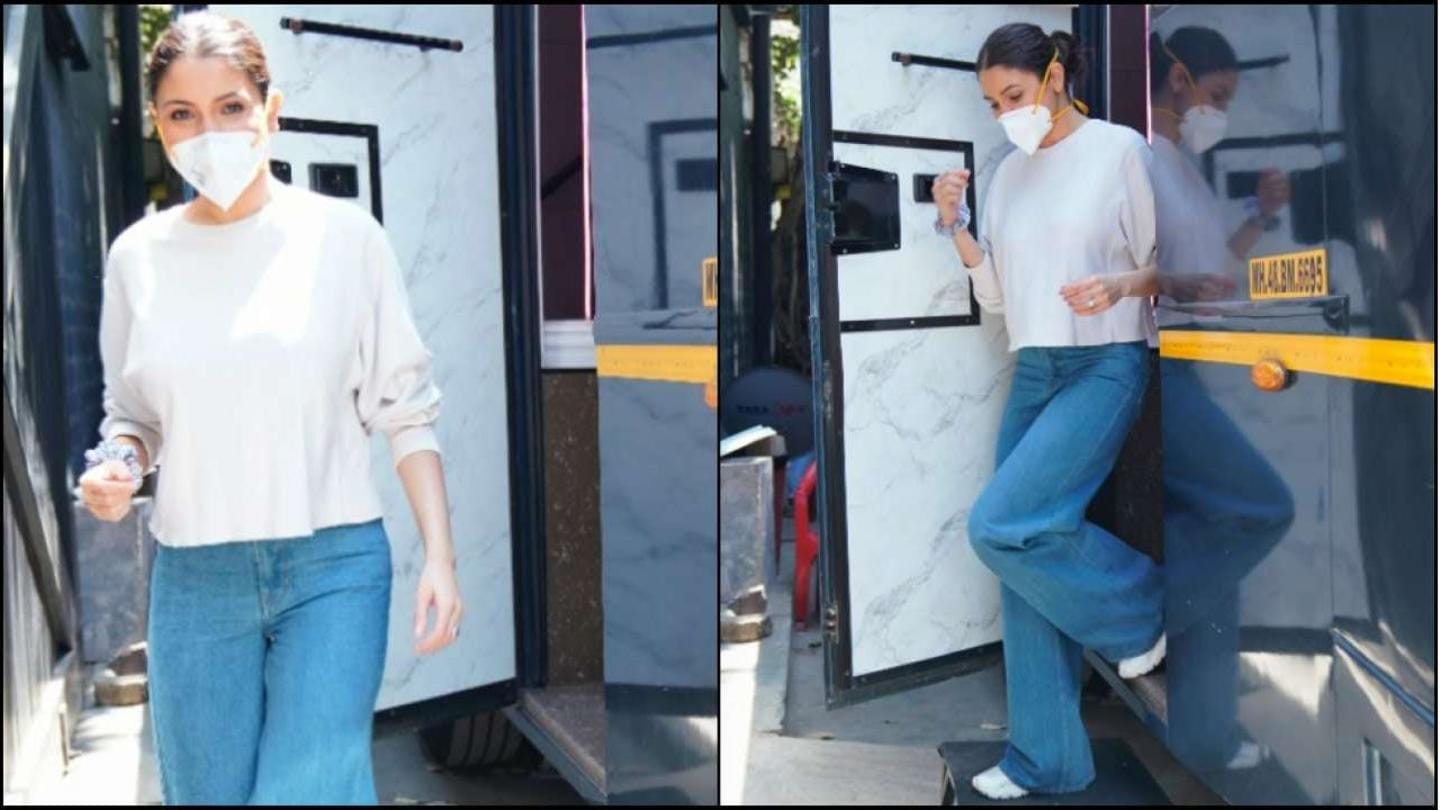 Actress Anushka Sharma, who gave birth to daughter Vamika less than three months ago, has returned to work. She was spotted shooting for an ad film and the photos soon went viral. As per reports, she was supposed to resume work in May but she clearly changed her plans. Sharma and her husband, cricketer Virat Kohli, welcomed their first child on January 11.

The actress looked fit and radiant

In the pictures, Sharma can be seen wearing the classic combination of a crisp white top and blue jeans. She had no qualms in posing for the paparazzi and even smiled in one picture, behind a mask of course! She looked as fit as ever, clearly implying that she took her workout sessions seriously during the pregnancy and even after giving birth.

Kohli's announcement about her pregnancy had gone viral

The couple had tied the knot on December 11, 2017, after dating each other for four years. Their marriage ceremony in Italy was a close-knit affair, attended by only friends and family. In August 2020, they announced that they were expecting their first child. As per reports, the tweet by the Indian cricket team's skipper sharing the news became 2020's most-liked tweet.

Sharma impressed netizens with her fitness earlier as well

Last month, Sharma had shared a selfie with her daughter's burp cloth on her shoulder, which she called her "Current favorite accessory." The post was soon flooded with comments, with people wondering how she got back in shape so fast. Separately, on International Women's Day, Kohli posted an adorable photo of Sharma playing with Vamika. He had written a heartfelt note praising women's strength. Sharma has taken a sabbatical of sorts from acting since Zero, that had released in 2018. Instead, she is focusing on her production house Clean Slate Filmz. The company won lauds recently for backing projects like Amazon Prime Video's Pataal Lok and the Netflix film Bulbbul. Its next offering is a series titled Mai which will release on Netflix this year.