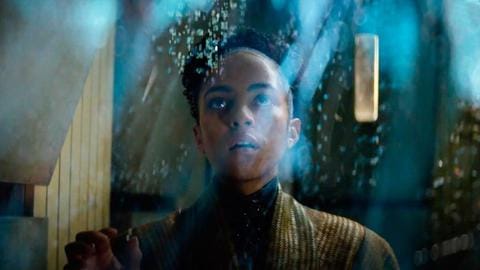 Back in June 2020, Apple TV+ had promised to bring their answer to hit HBO series Game of Thrones through an 80-episode TV series. Now a year later, makers gave us a sci-fi GoT-esque trailer of Foundation, days ahead of its first season release date. Based on Isaac Asimov's books, Foundation also was an "enormous influence for Star Wars." Let's break down the trailer.

Shorten the darkness and save the galaxy. #Foundation premieres September 24, only on Apple TV+ #AppleOriginals pic.twitter.com/hzvqyDf2AO

Trailer
Look and feel resemble the cinematic galaxy of 'Dune'

Lou Llobell's Gaal Dornick tells us about the approaching end of the empire (aka civilization), thus proving scientist Hari Seldon's (Jared Harris) beliefs correct. But the rulers refuse to believe this and thus a band of rebels must embark on a journey to safeguard everyone's future. Apart from GoT and Star Wars, the two-minute and 49-second long clip also resembles Warner Bros.'s Dune.

The story is set in the Galactic Empire, a futuristic re-imagination of ancient Rome, which is ruled by Cleons aka Brother Day (Lee Pace), Brother Dusk (Terrence Mann), and Brother Dawn (Cassian Bilton). However, the empire's end is near as calculated by Seldon. Thereafter, he and his followers establish the "Foundation" in order to attempt to provide civilization a future.

Planning
The first season is likely to be 80 hours long

Although the source material is legendary, Apple will have to prove its execution worthy of a watch, given the premise is similar to so many televised works. In the teaser released last year, showrunner David Goyer seemed to realize this weight. He had been positive about telling the story in great detail through the 80 one-hour-long episodes, as opposed to a single two/three-hour-long film.

For now, the first two episodes of the debut season are set to exclusively premiere on Apple TV+ on September 24. The rest of the total 10 episodes will air weekly on Fridays up to and including November 19. Produced for Apple by Skydance Television, Foundation also stars Leah Harvey as Salvor Hardin, Laura Birn as Eto Demerzel, and Alfred Enoch as Raych Seldon.