'Spider-Man: No Way Home' trailer is here! Watched it yet? 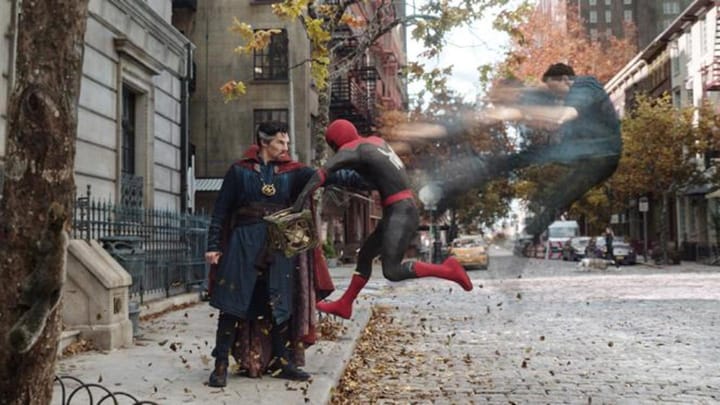 The trailer of Spider-Man: No Way Home is finally here! And this time, it's an official one, after a leaked version found its way yesterday, prompting Sony to go in a damage control mode. The 3.03-minute-long clip looks pretty unique than previous MCU movies, because it deals with the concept of multiverse, which was started by Loki in the Disney+ Hotstar series.

The trailer starts with Peter Parker, standing beside a car that has a woman probably telling him to look to his right, which he does. Then a voiceover says that Spider-Man is indeed Peter Parker, and a billboard shows him as "Public Enemy no. 1," and you know things aren't going right for our hero. This comes after Mysterio had unveiled his identity.

In Spider-Man: Far From Home, Jake Gyllenhaal's character unmasks Spider-Man's face, while dying in a drone attack. Peter is accused of murdering Mysterio, which he vehemently denies. During his interactions with Jane, on a rooftop, and over a video call, we understand that Peter is under massive amount of stress since "this is hurting a lot of people." He gets reminded of Dr. Strange.

Be careful what you wish for Parker, warns Strange

And we get Peter's new mentor. When Benedict Cumberbatch (Strange) enters, the entire feel of the trailer changes, as we see a lot of action, where they tamper "with the stability of space," introducing us to multiverse, "a concept about which we know frighteningly." "The problem is you trying to live two different lives. Be careful what you wish for Parker," Strange warns.

'Hello Peter,' with this we see Doctor Octopus' return

Two archenemies of Peter, the Green Goblin and Doctor Octopus, return too. While Goblin didn't have anything to offer beyond its appearance, Octopus says in his familiar style, "Hello Peter." We however didn't spot Andrew Garfield or Tobey Maguire, but given MCU's streak of revealing in bits and pieces, we expect them to turn up in later trailers. The Jon Watts-directorial releases December 17.