'Hostel Daze' Season-2 trailer: Freshers-turned-seniors are back with extra laughter 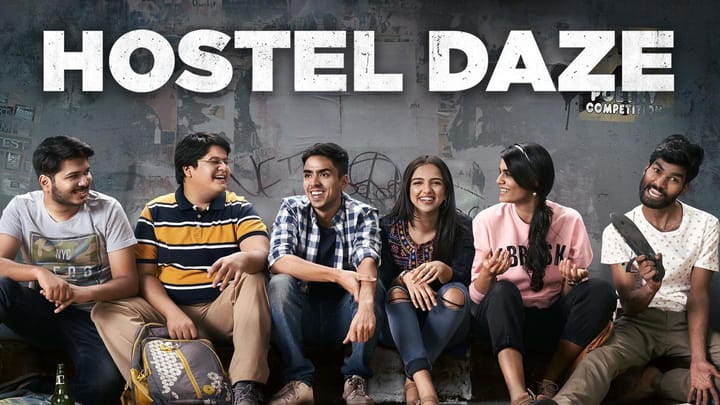 Comedy series Hostel Daze is set to return with its second season on July 23. Its trailer has been released and fans can't keep calm as they've been waiting for the second season for two years. The first season premiered in 2019. Set to stream on Prime Video, the upcoming season will show The White Tiger actor Adarsh Gourav and his gang as seniors.

Season 2 is about senior students' journey in engineering college

The season two is set around ragging, discipline, and crushes. The first season's freshers have been promoted to the second year, which means it's their turn to take a dig at the new batch. While their shenanigans get caught, school authorities are seen interrogating the seniors—who are pro-liars. The trailer also shows Ankit and Akanksha trying to take their relationship to the next level.

New and old elements seen in the trailer

Ragging was one of the main elements in season one, but in the next, makers have shown that funny or serious, such practices shouldn't be encouraged. We can also see new romantic relationships budding in the trailer, however, one dialogue remains the same, "Yeh batch hi bekaar aaya hai, yaar! (This batch is the worst, mate)." Time will tell which season is more impressive.

Season one was a hit, its IMDb rating is 8.6

Hostel Daze season 1 had garnered immense appreciation in 2019 and is still one of The Viral Fever aka TVF's hit projects. The five episode-show is a funny take on the life of engineering students in their first year, including plenty of drama and entertainment. The first season is available on Amazon Prime Video. Moreover, the series has a rating of 8.6 on IMDb.

Talking about the second season, Vijay Koshy, President at TVF, said in a statement, "Hostel Daze chronicles the chaos, the friendships, the struggles that encapsulate the life of every hosteler in India through some genuine characters, who most of us have encountered in our lives."

From the trailer, the second season of Hostel Daze looks promising. Apart from Gourav, it also features YouTube stars like Ahsaas Channa and Nikhil Vijay who will reprise their roles as Akanksha and Jhantoo. Other actors include Ayushi Gupta, Luv Vispute, and Shubham Gaur. The second season is directed by Amir Musanna and Sangram Naiksatam, created by TVF, and produced by Arunabh Kumar.