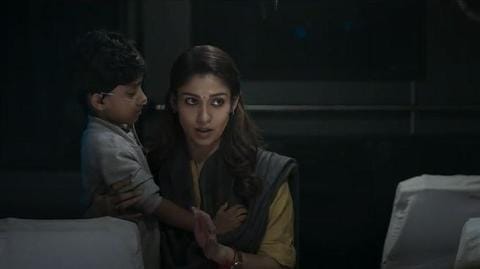 The teaser of Nayanthara's upcoming film O2 was dropped on Monday amidst huge expectations. And, one must say that it looks intense and gives a nail-biting experience. The GK Viknesh-directorial is opting for direct release on the OTT platform Disney+ Hotstar in Malayalam, Tamil, Telugu, and Kannada languages. The makers have not yet revealed the film's release date. Here's a breakdown of the teaser.

Context
Why does this story matter?
Observation
What does the teaser show?

With the teaser, it looks like an edge-of-the-seat thriller is on the cards. A passenger bus, carrying Nayanthara and others, falls into a hole of sorts. One of the passengers is a small boy with an oxygen cylinder due to some need. With a survival time of 12 hours, the passengers unveil their desperation and put in all kinds of efforts to stay alive.

Information
All you need to know about 'O2'

This film marks the directorial debut of Viknesh. Jointly produced by SR Prabhu and SR Prakash Babu under Dream Warrior Pictures, the film has music scored by Vishal Chandrasekhar. Thamizh A Azhagan has cranked the camera while Selva RK is the editor. Presently, the film is in the post-production stage and we can expect Disney+ Hotstar will soon announce its release date.

Updates
Where else will we see Nayanthara?

Nayanthara was last seen in the Tamil romantic comedy Kaathuvaakula Rendu Kaadhal co-starring Samantha Ruth Prabhu and Vijay Sethupathi. She has a huge line-up of projects in her pipeline including Malayalam films Gold with Prithviraj Sukumaran and Paattu with Fahadh Faasil. She is also reportedly set to make her Bollywood debut soon with Shah Rukh Khan's yet to be titled flick, directed by Atlee.