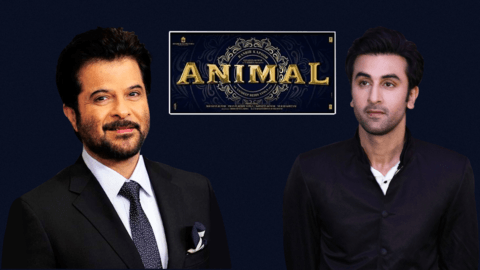 Bollywood actor Ranbir Kapoor's ambitious project, which also stars Anil Kapoor, Parineeti Chopra, and Bobby Deol, will release on Dusshera next year, the makers revealed on Monday. The movie was announced earlier this year with a powerful teaser featuring Ranbir's voice. It has been directed by Sandeep Reddy Vanga, who had also helmed Kabir Singh and its original version Arjun Reddy. Here's more.

What is known about the movie?

In the announcement teaser, Ranbir was heard addressing his father, telling him that roles could be reversed in the next life. He told him he could become the father and his father could be re-born as the son. Then Ranbir went on to say he would really love his children. As the teaser ended, one could hear several rounds of gunshots.

'Animal' is produced by Bhushan Kumar

Ranbir's 'Shamshera' will release on June 25

Meanwhile, Ranbir's much-anticipated film Shamshera will release on June 25. The movie marks his return to the silver screen after a hiatus. The Kapoor scion was last seen in Rajkumar Hirani's Sanju that had released in 2018. He also has Brahmastra in the pipeline. The movie, helmed by Ayan Mukerji, is the first time Ranbir is collaborating with his lady love Alia Bhatt.

It's worth mentioning that Vanga's directorial debut in Bollywood had garnered criticism for glorifying violence. The criticism notwithstanding, the 2019 movie, featuring Shahid Kapoor and Kiara Ali Advani, went on to mint Rs. 278.24 crore across India, reports Bollywood Hungama. Arjun Reddy had also invited similar criticism but Vanga remained undeterred. "They (the critics) hate me," he had quipped once.

After a year of lull, Bollywood seems back in business

Recently, Bollywood has been announcing a slew of release dates, thanks to the relaxations given. The industry suffered huge losses last year due to the outbreak of coronavirus. To recall, India had gone into a strict lockdown in March 2020, affecting cinema halls, shooting, and related activities. Several filmmakers had then turned to OTT platforms to entertain viewers.

Ranbir Kapoor signed for a special song in 'Mr. Lele'

Not Ranbir or Kartik, Ranveer Singh is SLB's Baiju Bawra?

Who is Karan Boolani? Know who stole Rhea Kapoor's heart

Anil, Sara to be seen in Discovery Plus's upcoming shows

Kartik Aryan, Kriti Sanon's next 'Shehzada' to have Pritam's music?

Here's why animal-assisted therapy should be made a norm

World Elephant Day: Movies where the cute jumbos are important

Film legend Raj Kapoor's biography will be released next month

Imtiaz Ali to collaborate for a third time with Ranbir?

'Ticket to Paradise,' starring Clooney-Roberts, to release next September